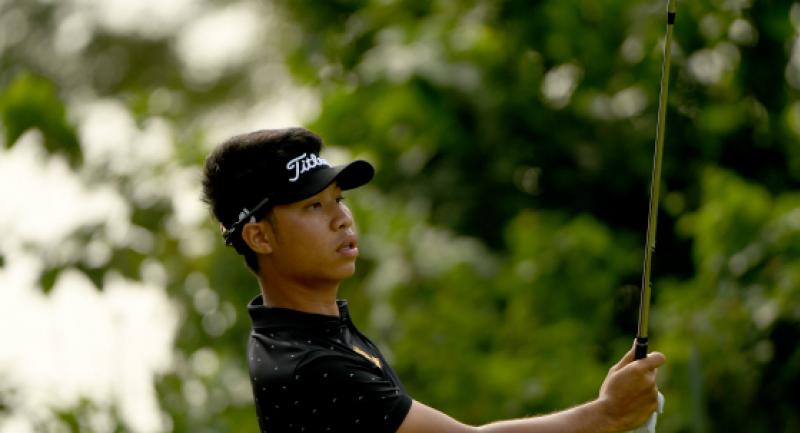 By The Nation and Agencies

Manila – Young gun Danthai Boonma and Rattanon Wannasrichan kept the Thai flag flying high at the US$1 million Resorts World Manila Masters as they were part of a five-way tie for the opening round lead on Thursday.

Danthai, who is chasing his second win on the Asian Tour, also took advantage of the benign conditions in the morning to put himself into a promising position.

“I putted really well. It was not windy in the morning and I was able to attack the pins. I gave myself lots of birdie chances and managed to take advantage of them.

“It’s a good feeling whenever you play a good round like this,” said Danthai, who needed only 27 putts for his round of 64

Randhawa, who was Asia’s number one in 2002, rolled back the years with a commanding performance that showed why he is still highly regarded as one of the region’s top players.

The 44-year-old ran out in 31 after five birdies and ensured his spotless card would continue to remain intact without any bogeys by firing another three birdies on holes 12, 15 and 18 in his back-nine. “There was no wind today so it can get fairly easy on this golf course when there’s no wind. This golf course seems to set itself up nicely for my style of play so that helps a bit.

“But having said that, you still have to play good golf to do well and I did play some good golf today,” said Randhawa.

Lin meanwhile had a lucky eagle on his closing 18th hole to thank for soaring him to a share of the lead in the morning.

The 42-year-old was in his element at the Manila Southwoods Golf and Country Club as he surged quickly ahead with four birdies in his opening five holes. He dropped his only shot of the day at the par-three 17 but would recover quickly with an eagle which lifted him back to the top.

“It was a good day and I came into this round feeling very good about my game. There was not much wind in the morning and that really helped.

“I was impatient and wanted to chase the leader at that stage. I three-putted the 17 and was lucky I managed to eagle the last,” said Lin.

Veerman, who is leading the Asian Development Tour (ADT) Order of Merit, found himself in a similar position atop the leaderboard at the Resorts World Manila Masters, which is the richest golf tournament in the Philippines.

With the top-five finishers on the ADT Order of Merit securing their Asian Tour cards for 2017, the American knows that much of the pressure has been lifted and he can focused on playing to his true potential this week. “I really don’t have anything to lose right now. If I don’t keep my card on the Asian Tour, I still get to keep my card because of ADT. That has taken a lot of weight off my shoulders,” said the American, who marked his card with two bogeys, one eagle and eight birdies.

Leading Scores after round 1 of the Resorts World Manila Masters being played at the par 72, 7317 Yards Manila Southwoods GcC course (am - denotes amateur):