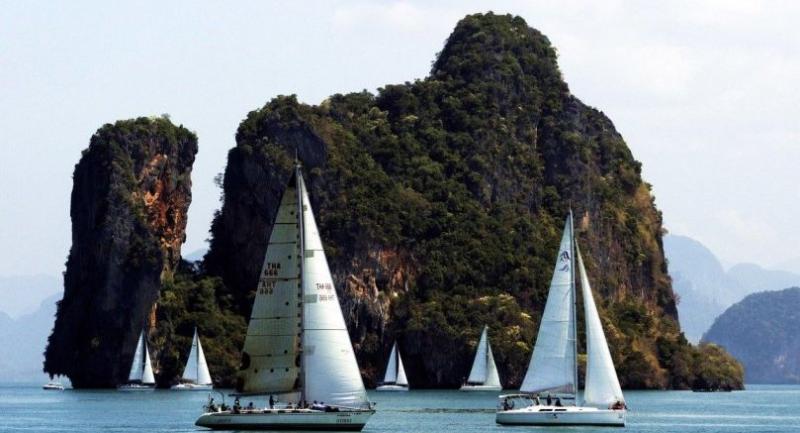 The stunning seascapes of Phuket, Phang Nga and Krabi is the backdrop for the 20th Anniversary The Bay Regatta.

Combining travel with sport, The Bay Regatta is a four-day circumnavigation of Phang Nga Bay that takes in three of southern Thailand's most scenic provinces – Phuket, Phang Nga and Krabi – and where the emphasis is on fun.

Attracting the serious, the not-so-serious and the not-at-all-serious “racing” sailors, the regatta appeals to an international mix who enjoy the stunning sailing grounds of the area and a different destination each evening.

“The successful event format hasn't changed much over the years, but the sailors, types of boats and demographics have. We are seeing more international sailors flying in and chartering boats to take part and we're also seeing more people opting to stay ashore each evening, rather than on their boats,” said Ms. Kae Wattana, Managing Director of organisers Regattas Asia.

The Bay Regatta is an excellent example of how sports tourism works to the benefit of communities and local economies.

“Each evening we anchor at a different venue and the sailors go ashore. Those staying ashore – more than 60% of the fleet – book accommodation and either eat in the local restaurants or enjoy the official event functions which engage with the local community. Most of the expenditure of the regatta goes directly into the local economies of the areas we visit – this has been the case since the regatta was launched and it will remain so for the future,” commented Ms. Wattana.

The Bay Regatta was launched in 1998 by a group of Phuket-based sailing enthusiasts and a photographer who wished to showcase the stunning beauty of the Phuket/ Phang Nga/ Krabi seascapes.