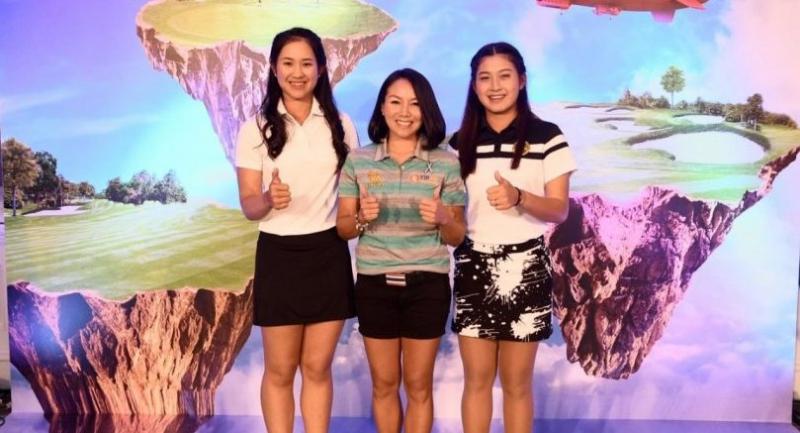 “Honda LPGA THAILAND 2017” is a world class female professional golf tournament. The total prize money for the event will be 1.6 million USD (approximately 57 million Thai Baht), with other interesting prizes such as a new Honda Civic TURBO RS worth 1,199,000 THB for the first professional to score a Hole-In-One at Hole-16 during tournament days. The field of 70 players will compete in a stroke-play format with no cut-off, consisting of 58 female players from the 2017 LPGA Priority List and 2 winners from the 2017 Pure Silk-Bahamas LPGA Classic and the 2017 ISPS Handa Women's Australian Open 2017. There will also be 10 invitation spots.

Mr. Pitak Pruittisarikorn also added, “We will also continue our tradition of hosting the Honda LPGA Charity Night, an auction for famous golfers’ collectibles that will take place during the Charity Night. Some amount of earnings from the event will be donated to the Chaipattana Foundation. BBTV Channel 7 and Honda have initiated a new activity for social responsibility for this event under the banner of: “Honda LPGA THAILAND 2017 – Bicycles Sharing Project”. We will donate 20 bicycles together with parking lanes, wheel locking tools, pumps and maintenance tools to Marbprachan School in Chonburi province. The students can borrow these bicycles to go to school for free. The objective of this project is to provide an easier commute to school for the youngsters. It is one of Honda’s many social responsibility activities that underscores our commitment to contribute to  society and support the development of local communities.”

Mr. Thawesilp Sukaphant, Assistant Managing Director of Bangkok Broadcasting &TV Co., Ltd. who is the sole rights holder of organizing the LPGA tournament in Thailand, said “From the marvelous success of organizing the tournament for the past 10 years, on behalf of organizing committee, are ready to step forward for the second decade of this prestige tournament. We plan to take it to the next level once again and will also have special activities such as Golf clinic for children, which offers the opportunity and experience to learn golf techniques from top players in the world – Porani Chutichai in the afternoon of Monday, February 20, 2017, alongside the “Honda LPGA THAILAND 2017 – Bicycles Sharing Project” Project at Baan Mabprachan School in Chonburi. Ariya Jutanugarn will join this activity in the morning of Tuesday, February 21,2017.”

“In the afternoon, there is also a Photocall activity, which is an annual activity to photograph famous female players that include – Brooke M. Henderson, Sandra Gal, Alison Lee etc., dressing in Thai traditional costume to promote the tournament and Thailand. Another activity on Wednesday, February 22, 2017, is “Meet The Players” which offers an opportunity for the press and media to interview famous players led by Lydia Ko and Ariya Jutanugarn who are world no.1 and no.2”

“Furthermore, the roadshow activity, which is geared to promote the “Honda LPGA THAILAND 2017”, will offer some special activities for fans to take part before tournament week with game challenges for tournament premiums and admission tickets. The roadshow will start on Wednesday, February 8 at SCB Park / Thursday; February 9 at United Center Building / Friday; February 10 at Bangkok City Tower / Tuesday; February 14 at K Tower and on Wednesday, February 15 at Sathorn Thani Building, which is the last roadshow.”

Ariya Jutanugarn is one of the players who fans will keep their eyes on during the event as she is one of the most promising Thai players with a chance to win the title. She has played in the Honda LPGA THAILAND 8 times since 2007 when she was only an 11-year-old amateur player. Her most remarkable achievement was in 2013, when she came very close to winning the championship but was pipped at the post by Inbee Park.