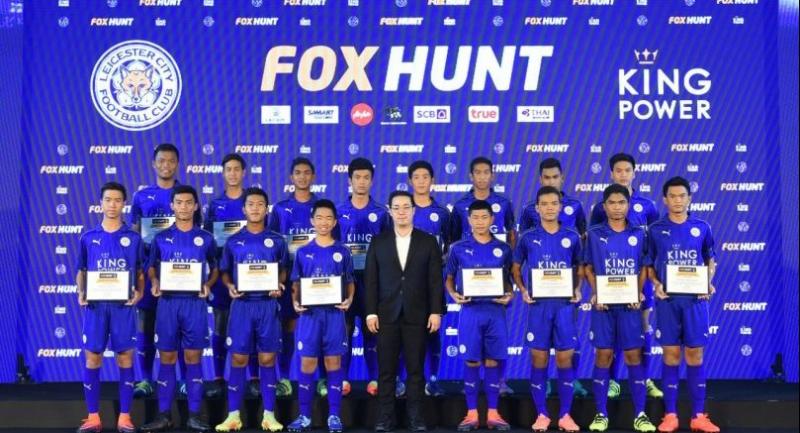 A total of 16 Thai youngsters have been selected through the Fox Hunt programme season two to  undergo a two-and-a half year encampment at the Leicester International Academy.

Fifteen teenagers have been chosen from all over the country in the programme which took almost a year while one qualified through a reality TV show with national coach Kiatisak Senamuang as one of the judges.

They will fly to the UK in March and receive a football training at the team’s academy for 30 months and study at the well-established Ratcliffe College. The overall expense is estimated at Bt15 million for one player which will be responsible by King Power, whose chairman Vichai Srivaddhanaprabha is the owner of the English Premier League team.

“This is a follow-up of the first season which has only 10 players. They are now physically stronger and have improved tremendously in terms of their soccer skills which will be very useful for Thai soccer when they come back this May,” said Leicester City’s vice chairman Aiyawatt.

Unlike the previous season where selectees did not have sufficient preparation, the season 2 squad have been called early for a month training at an academy in Bang Bor where they are studying a prerequisite English programme before their UK trip.

“One of the most important experience for then will be sports science which is different from ours. They will also learn to depend on themselves too as great self disciplinary will lead them to succeed,” Aiyawatt said.

Watcharaphong Tunkitjalorn, a 15-year-old midfielder from Suphanburi Sports School, hoped to become an asset of the national team after he completes the programme.

“I dream of leading a Thai national team to the World Cup. It’so hard to believe that I have been selected and I will learn as much as possible when I’m there.”