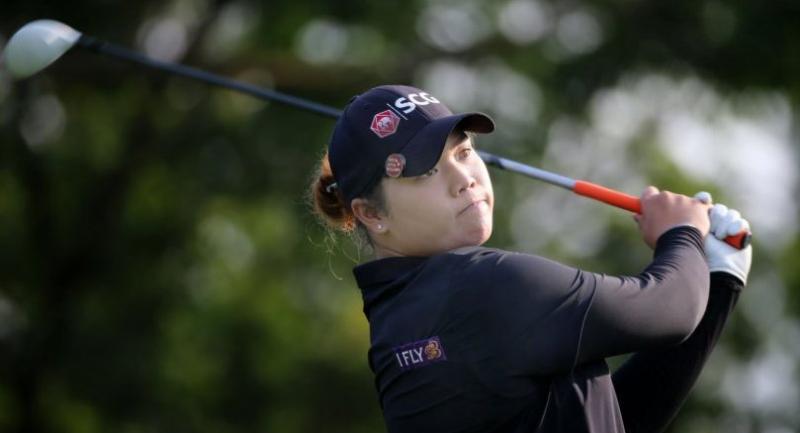 Ariya Jutanugarn shot an error free 68 to trail 2015 champion Amy Yang of Taiwan by just one shot after the delayed second round of the US$1.6 Million Honda LPGA Thailand at the Siam Country Club Pattaya Old Course on Saturday.

Both first round co-leaders had yet to hit their first tee-off shots as rain and wet course condition halted the unfinished second round on Friday. Ariya completed her round without a bogey for a total 10 under-par-134.

“I’m happy with my tee shots and approach shots. Though I missed some putts, it was a good round for me,” said Jutanugarn looking for her first home win after settling at second in 2013.

The 27-year-old Yang despite a bogey on the seventh hole shot six birdies for a total 11 under-par-133  to head into the weekend rounds with a stroke advantage.

“ I was hitting it pretty good again. I was hitting solid, near the pin, and making some putts out there. Tough part was staying cool on the course, especially we have to play another 18.,” said Yang who just like Jutanugarn  had to play 36 holes in the same day,” the world No 11.

Feng who posted all top 10 finishes in her last six appearances in Asia shot a bogey free 67 for a tied second with Ariya. The third round already got underway.