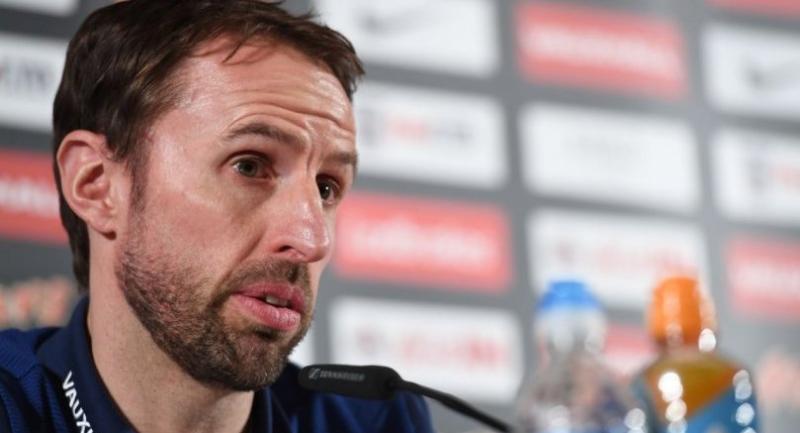 The clash in Dortmund is a chance for Southgate to start to impose his vision for England after four unbeaten games as caretaker coach led to his full-time appointment in November.

Germany and England's records at major tournaments is chalk and cheese.

England's best performance in recent years was a run to the quarters at the 2006 World Cup.

Since Loew took charge of Germany that year they have reached at least the semi-finals of every major tournament - a success rate Southgate aspires for England to achieve.

"We have to change the way we think and the way we work because we have not had the consistent success of our opponents," Southgate said in Tuesday's press conference in Essen.

"They are a great model for us to look at.

"We don't want to copy anyone, but you have to respect that they have reached the semi-finals and finals of major tournaments and won things.

"That is the mentality we need to have.

"We are ranked 14th in the world, so we can keep turning around and saying 'if only we'd done better in one game'.

"We have to take a long look at ourselves and think what is needed to improve."

Southgate knows all about German efficiency.

It was his saved penalty at Euro '96 which sent eventual winners Germany into the final at England's expense after they lost the semi-final shoot-out at Wembley.

Germany are chasing a first win over their old rivals on home soil since 1987 and need no reminding of the 5-1 mauling their team took in Munich in 2001, when Michael Owen hit a hat-trick.

The 31-year-old was also skipper when England came from two goals down to beat Germany 3-2 in Berlin last March and he expects another clash of the European titans.

"It's a huge honour to captain your country, I've done it three or four times now, one of those was when we won here in Germany which was a special night," said Cahill.

"It's important to try that we get some momentum, it's always nice to get results to show things are working well.

"It will be fantastic to test ourselves against these players, but likewise, they (Germany) are looking to test themselves against (England's) top European players.

"It's going to be a special occasion."

Both sides are lacking big names, but the focus for both Loew and Southgate is Sunday's World Cup qualifiers when Germany play Azerbaijan away and England host Lithuania.

Manchester United's Phil Jones is not in Germany after injuring himself in training before the team flew out.

While Southgate says Raheem Sterling may be left out after a busy few weeks with Manchester City.

Despite Loew's injury woes, Southgate still expects to face a strong home side with Lukas Podolski named captain on his farewell 130th appearance.

"They will look at our squad list and see the names we are missing too," said Southgate.

"We have to have the belief in our own players, we respect the opponent, but our job is to find a way to beat them."