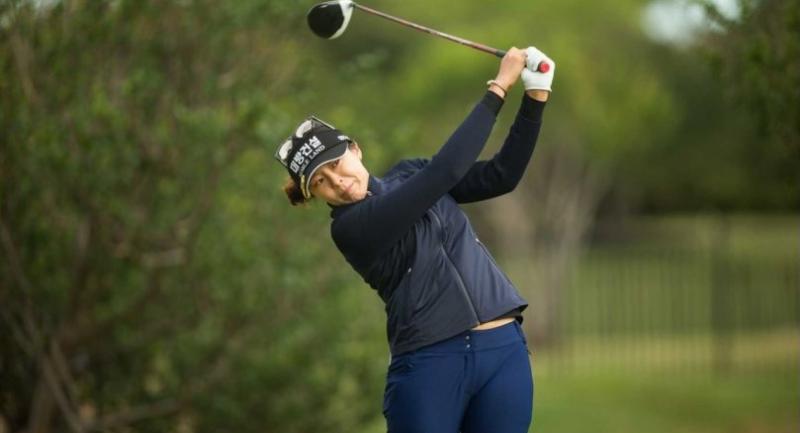 DALLAS, April 28, 2017 - Hur Mi-Jung fired a 65 Thursday to take the early lead at the Texas Shootout, where Lexi Thompson opened with a solid 69 as she tries to put her ANA Inspiration fiasco behind her.

Ariya, of Bangkok, had four birdies in her bogey-free first round.

"I hit the ball pretty good today," she said. "I just didn't make a putt on the front nine, but I started making putts on the back nine."

Wie overcame an early bogey to make four birdies on the back nine.

"I was happy with where I positioned myself today, and hopefully I can go out there tomorrow morning and make some more birdies," said Wie, who has won just four tournaments on the tour since being named newcomer of the year more than a dozen years ago.

Thompson is trying to forget about a controversial ruling in her most recent tournament, the ANA Inspiration on April 2.

She was leading the tournament on the 12th hole of the final round when she was notified that she was being docked two strokes for a violation for improperly marking her ball on 17th green during the third round, plus two more stokes for signing an incorrect scorecard after that round.

LPGA officials based their probe on an email sent to them from a television viewer.

Kirk nailed a hole-in-one on the par-three fourth.

Nine players are tied for ninth at 68, including Japan's Haru Nomura and Australia's Lee Min-Jee.