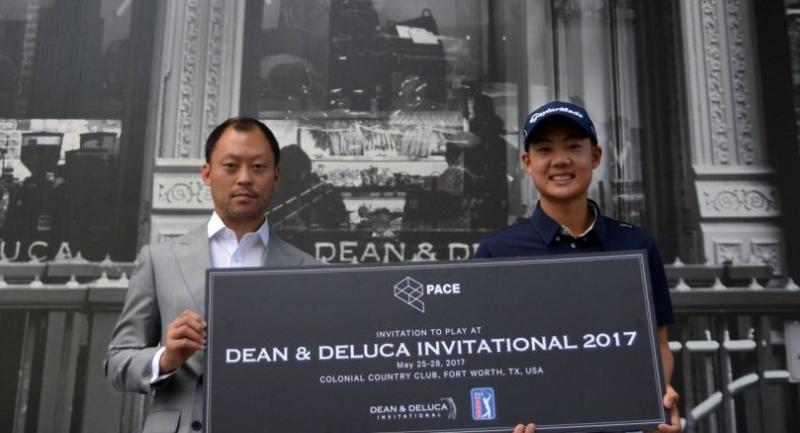 LOCAL RISING STAR Jazz Janewattananond has been handed the opportunity of a lifetime with an invitation to play his first-ever USPGA event at the Dean and Deluca Invitational, at Colonial Country Club in Fort Worth, Texas, from May 25 to 28.

The Thai has been in impressive form this season, winning his maiden Asian Tour crown in Bangladesh and marching to victory at the Mena Tour’s MahaSamutr Masters at Banyan Golf Club in Hua Hin earlier this month. His success has not gone unnoticed with the 21-year-old being awarded a sponsor invite by Sorapoj Techakraisri, chief executive officer of Pace Development Corporation Plc, the owner of Dean and Deluca.

“I feel incredibly happy because it’s difficult to get a spot to play on the PGA Tour at such a young age. I will try my best to seize the moment,” said Jazz, who will be the only Thai to compete in the PGA event.

Sorapoj said a Thai would be invited to play in the event every year from this year to 2021 as his brand is the title sponsor of the tournament.

Jazz will fly to the United States on Sunday after the Thailand Open to get his game in shape for the biggest tournament of his career.

“I heard that the course is not wide, so you need to shape shots. The course suits my game and I hope to have good results there,” the Thai young gun said.

The in-form golfer entered the monkhood in January for a fortnight in Chiang Rai as a disciple of the revered Phra Maha Vudhijaya Vajiramedhi, whose teachings helped him to a breakthrough victory on the Asian Tour a few weeks later.

“I learned from him that happiness is the greatest thing in life. Before that golf was everything to me, and it gave me so much pressure during competition. I have been competing with less pressure ever since and starting getting better results,” said Jazz, who has seldom visited a temple since his childhood.

“I was instructed by the monk to learn to give. So I start making merit and donating some of my prize money to needy children and charity. When you have more than enough, it’s better to share it with others who are in difficulties,” he said.