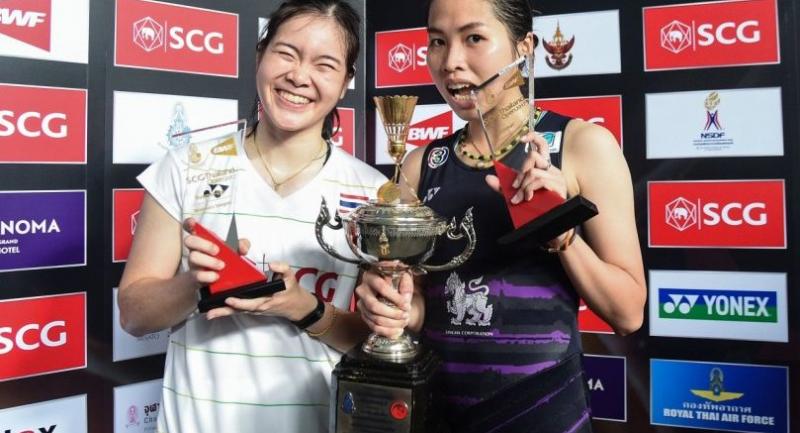 Ratchanok Intanon stamped her authority over Busanan Ongbumrungphan to claim her first title in 13 months at the SCG Thailand Open in the Nimitbur National Stadium yesterday.

“She put up a great fight and really pushed me to work hard. I made so many unforced errors. It was an entertaining final,” said Ratchanok, who finally put an end to her long title drought. It was in April last year that the Thai had won the women’s singles title at the Singapore Open Superseries.

“I’m glad to win this title even though it’s not a Superseries event. A Grand Prix Gold title will boost my confidence going into the Superseries Premier in Indonesia and the Australian Open Superseries. I have tough opponents in both events. My goal is to reach at least the quarter-final stage in all Superseries events this year,” said the 21-year-old, who was winning the Thailand Open title for the second time in four years. It was also her 15th title since 2009.

At some stages of the game, it appeared that Busanan would cause an upset. She replied everything back to the former world No 1. But after 16-all in the final game, the toughness, talent and experience of Ratchanok came to the fore, deciding the outcome of the battle between the country’s No 1 and 2 players.  Busanan made mistakes and lost to her countrywoman for the fourth successive time.

“Even though I lost, I was happy to compete against a world-class player. I think my game has improved a lot,” said Busanan, who had to settle for the runner-up trophy last year after losing to Aya Ohori of Japan.

In the women’s doubles, the surprise run of underdogs Chayanit Chaladchalam and Phataimas Muenwong came to the end when they went down to fifth seed Greysia Polii and Apriyani Rahayu of Indonesia 21-12 21-12.

In the women’s doubles,  the surprise run of the underdogs Chayanit Chaladchalam and Phataimas Muenwong came to the end after they went down to  fifth seed Greysia Polii and Apriyani Rahayu of Indonesia  12-21 12-21 in the women’s doubles final. While it was Polii fourth Grand Prix Gold title, this was by far the biggest win for the 19-year-old Rahayu who shed tears on court after the final point.

In the men’s singles final, third seed Sai Praneeth B. lifted up his third title of the year after narrowly beat fourth seed Jonathan Christie of Indonesia 17-21 21- 18 21-19.