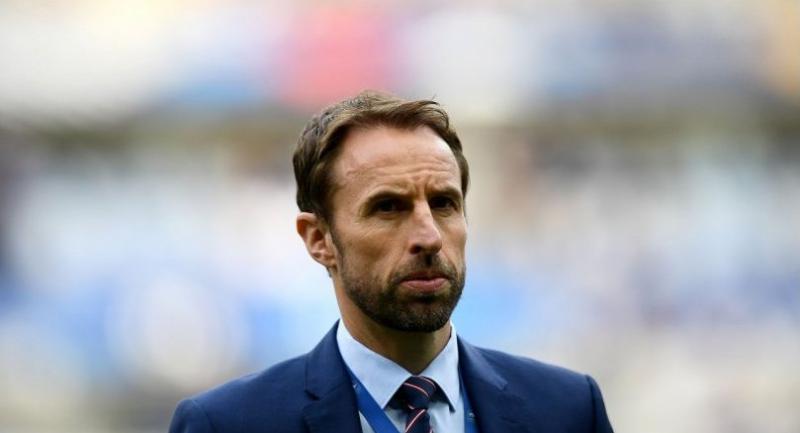 PARIS - England manager Gareth Southgate admitted Tuesday's 3-2 friendly defeat to France in Paris provided further evidence of how far his side still have to go before they can be considered contenders at next year's World Cup.

They were unable to hold onto an early lead given to them by Harry Kane and ended up conceding defeat despite the hosts playing most of the second half with 10 men at the Stade de France.

Kane scored a brace, with the second coming from the penalty spot after Raphael Varane was sent off. In between, Samuel Umtiti and Djibril Sidibe netted for France and Ousmane Dembele got their late winner.

It was the third successive friendly match that England have failed to win under Southgate after a 2-2 draw with Spain in November and a 1-0 loss in Germany in March, but the manager insisted the gap to those sides is no bigger than what he imagined.

"If I'm honest it is absolutely what I thought. We have been competitive in all three games but we needed to play at our absolute limits to stay in all of those matches and that has shown in the end," Southgate said.

"Those three games have provided different tests -- with Spain it was their ability to keep the ball better than us and today it was slightly different, but physically the demands their players posed meant we started to tire and that led to a mistake at the third goal."

England are on course to qualify for the finals in Russia, which begin in a year's time, despite needing a last-gasp Kane goal to get a 2-2 draw in Scotland last weekend.

But just setting foot in France, where they suffered a humiliating exit from Euro 2016 to Iceland, reminded them of their poor record at major tournaments.

"Those teams are the very best. We haven't in the last few years got anywhere near any of those teams when it has come to tournaments," said Southgate, who played with a three-man central defence, while giving chances to the likes of Tom Heaton and Kieran Trippier.

"We need to see the reality of where we are, and you have got to test yourself against the best otherwise it can mask where you are as a team."

The match will be remembered for the intervention of the video assistant referee (VAR) early in the second half after the Italian referee gave the penalty for Varane's foul on Dele Alli.

The video assistant -- being used in an ongoing trial by FIFA -- ruled that Varane's foul was worthy of a straight red card despite a recent change in the law governing clear goal-scoring opportunities.

Southgate said: "From my initial viewing I thought it was the right call -- it looked from where we were a clear penalty and therefore a sending-off.

"Clearly even with video you won't get every decision right. There is still an element of one person's judgement within that."

France twice fell foul of the VAR in a 2-0 friendly loss to Spain in March and they were fuming at the decision to dismiss Real Madrid defender Varane, even if coach Didier Deschamps was delighted with the way his side battled with 10 men.

"Things became complicated a bit with the red card and the penalty which looked more than harsh to me, even if it didn't matter in the end," said Deschamps, who was able to leave out star striker Antoine Griezmann.

The match was preceded by tributes to the victims of recent terror attacks in the UK, with French fans singing "God Save the Queen" and observing a minute's silence.

"Our federation did what had to be done to bring everyone together. There is a rivalry on the field, but the players all know each other too so it goes beyond that," said Deschamps.