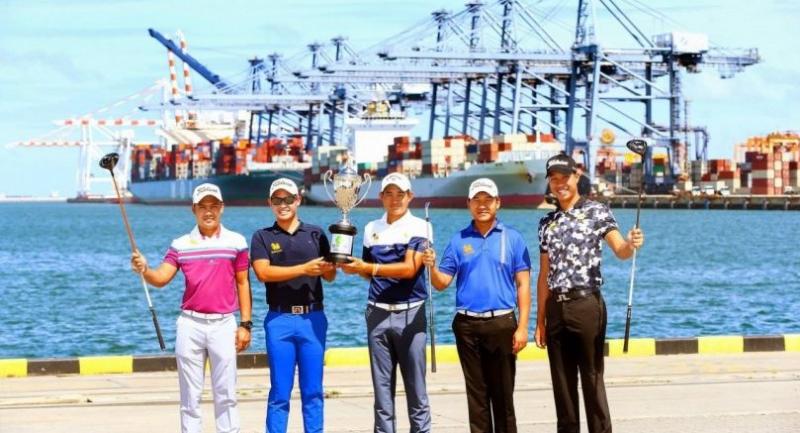 Chonburi - A power-packed line-up of stars, consisting of 12 Asian Tour champions and nearly 30 Asian Development Tour (ADT) winners, will feature in the inaugural Betagro All Thailand Championship which gets underway on Thursday.

Newly-crowned ADT champion Pannakorn Uthaipas of Thailand, who secured his breakthrough in Chinese Taipei on Sunday, will headline the elite field alongside many of the region’s upcoming stars at the Laem Chabang International Country Club in Chonburi.

American duo Brett Munson, Australian Martin Dive, Arie Irawan of Malaysia and South African Mathiam Keyser, all winners on the region’s secondary circuit, will make up a truly cosmopolitan field of players from 17 different countries in the Thai showpiece.

Nine players featuring in the current top-10 on the Order of Merit, including Thai trio Gunn Charoenkul, Jakraphan Premsirigorn and Panuwat Muenlek, will also tee up in the three million baht (approximately US$87,209) ADT event from June 29 to July 2.

Panuwat will capitalise on his home ground advantage as he aims to put on a strong showing to enhance his chances of breaking into top-five on the money list and earn for himself an Asian Tour card for the next season.

“I missed out by one spot for the Asian Tour card last year. I am in a good position again now so I will try my best to finish inside top-five on the final Order of Merit. The game’s been feeling good. I just need to put four good rounds together,” said the 32-year-old Panuwat, placed eighth on the latest Order of Merit.

“We are at a very nice course here this week. The fairways are wide and the greens are good. However, it can be very challenging when the wind picks up. I have enjoyed playing on this course so I am very much looking forward to this week. It’s great to see new ADT events in Thailand. It's an advantage for me,” added the father of one.

The All Thailand Championship is a long-running event on the domestic circuit and Betagro, a leading conglomerate in Thailand’s agro-industry and food business, will take on the mantle as the event’s title sponsor for the first time on the ADT this season.

The Betagro All Thailand Championship, jointly sanctioned by the All Thailand Golf Tour and the ADT, will feature a total of 132 players, with 12 invites and the remaining field split equally between both Tours.

All ADT events are afforded with Official World Golf Ranking (OWGR) status. The winner of each tournament receives a minimum of six OWGR points while the top-six players and ties earn points on a sliding scale.