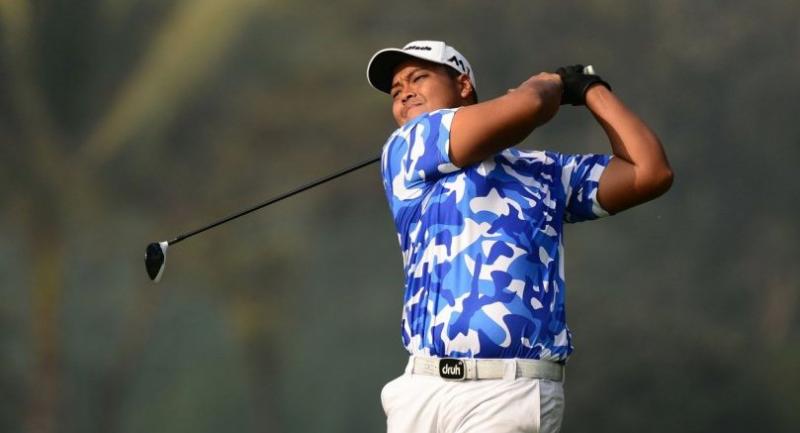 The big-hitting Thai aims for back-to-back victories following his win in Chinese Taipei on Sunday, three days before his 27th birthday.

Pannakorn will be among the top contenders at the three million Baht (approximately US$87,209) ADT event which will be played at the Laem Chabang International Country Club.

A total of 30 ADT champions will challenge for honours this week including Gunn Charoenkul of Thailand, who settled for tied second last week, Martin Dive of Australia and Steve Lewton of England.

Other notable names in the elite field include Prom Meesawat, Piya Swangarunporn, Thanyakorn Khrongpha and Sutijet Kooratanapisan, the only player to shoot a 59 on the ADT and Asian Tour.

Pannakorn is brimming with confidence following his win last week which pushed him to the top of the ADT Order of Merit rankings. He also made huge strides on the Official World Golf Ranking (OWGR) where he moved to 593rd from 957th position.

He is aiming for another good result on home soil to boost his chances of staying inside the top-five on the Order of Merit at the end of the season to earn a 2018 Asian Tour card.

“I am still very thrilled with my win last week. I received a lot of congratulations from my family and friends which is nice. It gives me a lot of confidence in my game. I feel more carefree on the golf course now. It is also my birthday week so maybe I can give myself another present,” said Pannakorn.

“I’m feeling very confident and hope to build on the victory. It is nice to be playing in Thailand again. Maybe I can get another good result,” said the bubbly Thai.

Pannakorn is one of the most consistent players on the ADT this season. He has not missed a single cut in six starts on the ADT highlighted by a top-10 result in Malaysia in March and his victory last week.

“It’s great to come back home and play in the Betagro All Thailand Championship this week. The course is in good condition. Your short game needs to be sharp to score on this course and putting will be the key. If you can putt well, you will be in contention,” he explained.

By featuring on the ADT schedule, the event will receive Official World Golf Ranking status, with the winner receiving a minimum of six points and the top-six players and ties earning points on a sliding scale.