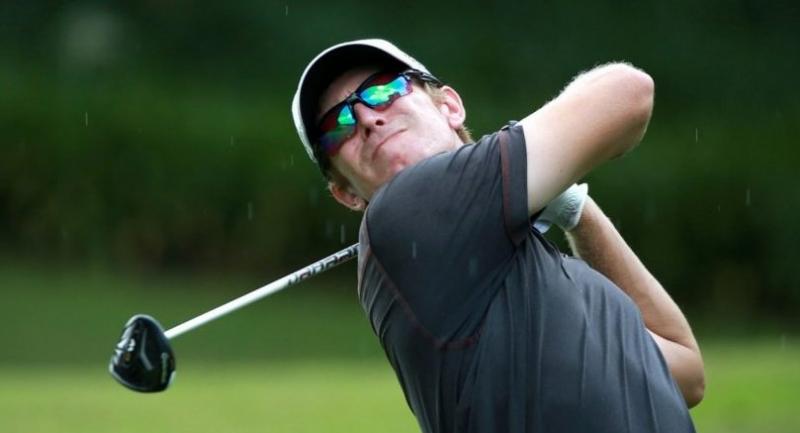 Chonburi - Two-time ADT winner Brett Munson of the US relied on his spectacular putts to shoot a 61 for a two shot lead after the opening round of the Bt 3 Million ADT Betagro All Thailand Championship at the Laemchabang International Country Club yesterday.

The American player who won at the Kelab Rahman Putra Course in Malaysia twice  in 2014 and 2017 sprinkled his round with nine birdies without a bogey to steal the limelight at the par 70 6,941 yard.

“After a couple of months not playing so well, this is a breath of fresh air for sure,” said the man from Georgia who after his win in February managed to have only one top 20 finish, out of his last four ADT events.

“I really putted well which was the main thing. I hit really close, but you still had to convert the putts. I made 22 putts today. Even I was still up and down, it was just a nice solid steady round,” added the 30-year-old player who landed inside the top to 20 in the Thailand Open last month.

“On this course, you have to keep hitting it hard. Try to get as close as I can. Keep the putter going. If the putter says high, it will make my life a lot easier,” Munson said about his game plan on this picturesque landscape.

Falling two shots behind at lone second was 18-year-old Suradit Yongcharoenchai who also enjoyed an error free round by firing five birdies with an eagle on the 18th for a 63.

“Everything I hit was on. I’m quite pleased with my iron. The greens are in perfect condition which really helps on my putting,” said the Nakhon Pathom based who is in his second year as a pro golfer.

“I don’t want to think way beyond. My goal at this point is to finish the top 5. There are still three more day of golf to play,” said Suradit whose best finish on the All Thailand Tour was at tied second in the 2015 Singha Championship at Rayong Green Valley.

The in-form Jakraphan Premsirigorn, who won the last All Thailand event in Khon Kaen earlier this month, hit one eagle, six birdies against two bogeys to open with a 64. He was at tied third along with Raththee Sirithanakunsak.

Defending champion Thanyakorn Krongpha had a slow start by firing a 68.