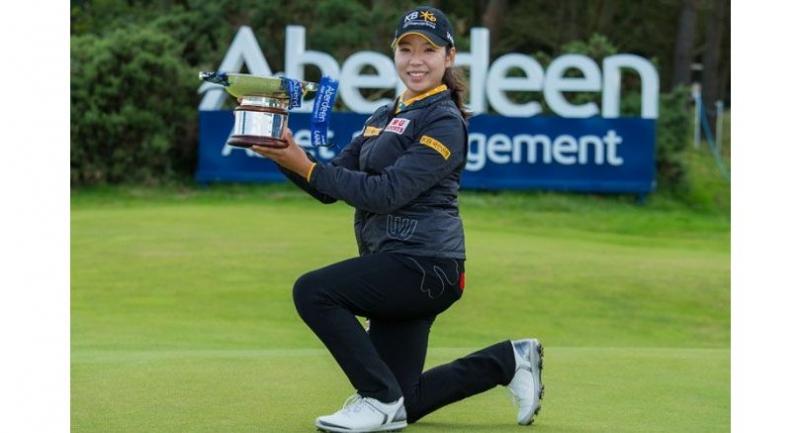 The 24-year-old trailed Australia's Karrie Webb by one stroke with two holes to play, but a disastrous double-bogey on the 17th saw Webb slip out of the lead.

The seven-time major champion hit back with a birdie at the par-five last, but it was too little, too late after Lee had matched that to claim the title with a six-under-par final round of 66, as Webb finished in a tie for second with Hur Mi-Jung.

"It was really a surprise for me. My front nine was amazing, and then I think I got a good start from my first hole," Lee told ladieseuropeantour.com, after her second LPGA Tour title.

"The first and second round, I hit it really good, but just I missed a lot of putts, so I tried to practice my putting with the wind."

The world number 49 went into the day six shots adrift of pace-setters Webb and Kim Sei-Young on level par for the tournament.

But birdies at the first two holes helped her creep up the leaderboard, and despite a bogey on the fourth, she reeled off four birdies in five holes to reach the turn in five-under 31.

Solid pars from then on kept Lee in contention, as Webb led her and Hur going into the final stretch after chipping in for eagle on the 14th.

With Hur in the clubhouse at -5 for the tournament, Webb dramatically collapsed.

A three-putt at 16 saw the 42-year-old Webb's lead cut to one, before she found two bunkers en route to the costly six on the penultimate hole.

"I absolutely knotted my 3-wood exactly how I wanted and my caddie said it kicked into the bunker. I have no idea how it did that," said the Aussie great.

After Lee's birdie four on the 72nd green saw her post a target of six under par, Webb needed to hole another bunker shot for eagle to force a play-off, but had to settle for birdie and a closing effort of one-over 73.

In-form Spaniard Carlota Ciganda and American Cristie Kerr also threatened at various stages, but finished in a tie for fourth place on four-under.