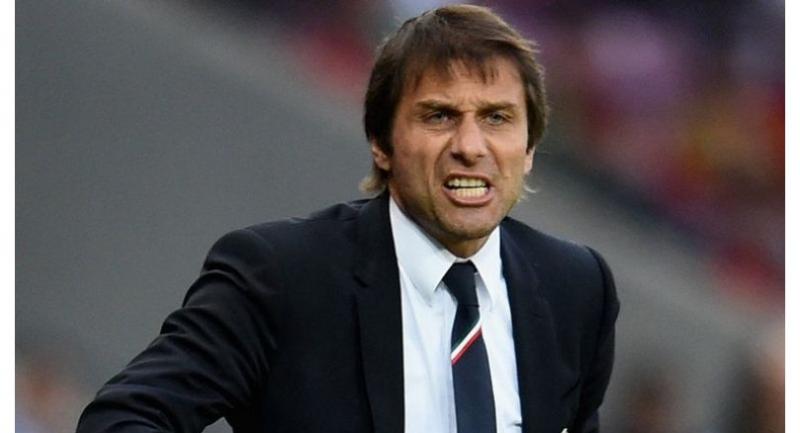 LONDON - Frustrated by Chelsea's transfer miscues and under pressure from big-spending rivals, Antonio Conte admits this season will be the toughest of his career.

Just three months ago, Conte was all smiles as he soaked up the acclaim of Stamford Bridge at the climax of Chelsea's Premier League title triumph.

But those blissful memories have been overshadowed by a troubled close-season that has put the Chelsea manager on edge ahead of Sunday's Community Shield clash with Arsenal at Wembley.

Conte is annoyed by Chelsea's inability to land his key transfer targets, with Romelu Lukaku, Alex Sandro and Leonardo Bonucci all eluding the Italian.

Add in fractious negotiations over his new contract and a bitter feud with Chelsea striker Diego Costa and it's easy to understand why the former Juventus boss rates the challenge ahead as the most daunting of his glittering career.

"For me it will be the most difficult season of my career. I'm sure about this," Conte said.

"There are many reasons that suggest to me next season will be very tough.

"I have this perception. I hope I am mistaken. In England the pressure is high. This league is the strongest in the world.

"You have six teams ready to fight for the title and only one wins it. You want to fight until the end for the title, but it won't be easy."

Despite spending over 100 million pounds on Alvaro Morata, Tiemoue Bakayoko and Antonio Rudiger, Conte believes his squad is painfully short of strength in depth.

Nemanja Matic and John Terry have departed, Bakayoko and Eden Hazard will miss the start of the season with injuries, and Costa is in exile while Chelsea try to find a buyer following Conte's text message spat with the Spain striker.

Conte's angst was clear when he was pressed on the transfer situation during a media briefing on Friday.

While he stopped short of openly criticising Chelsea owner Roman Abramovich, he made it abundantly clear he expects more signings before the transfer window closes at the end of August.

"For sure this question is good for the club, not for me," he said. "We have to wait for the best moment, the best solution.

"Everyone is trying to do their job. My job is to work and to try to improve my players, to create an identity for my team.

"For the rest I can tell my opinion, but then there is the club to make the final decision.

"In this moment we have a small squad. Everyone can see the situation, not because the coach shouts 'I want this and this'.

"This is the reality. We hope in the future to improve this situation."

Conte admits he is not a patient man, but the intense Italian insists he is willing to focus on improving his current players while he awaits reinforcements.

"In Italy people know I don't have great patience, but I'm learning in England to be more patient, to discover patience in myself," he said.

"It is a pleasure to work with this group of players. I'm sure they want to improve and work harder than last season.

"We must be ready for all situations. Whether players arrive or not, we have to be competitive and fight for the title."

Asked if the spending of Chelsea's rivals had put him under even more pressure to succeed this term, Conte said: "The pressure is always there. I put it on myself.

"But I like to look at ourselves. I don't want to look at the others, if they are stronger or not.

"After only one season we created a strong mentality in this team. I have to thank my players for this."