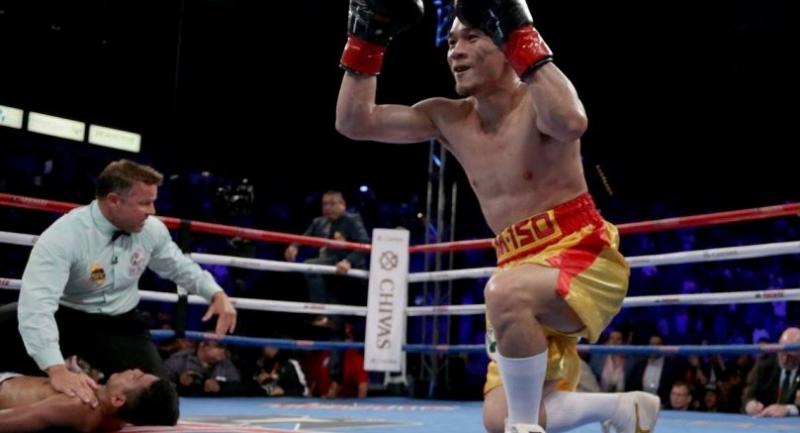 LOS ANGELES, Sept 10, 2017 (AFP) - Srisaket Sor Rungvisai knocked out Roman 'Chocolatito' Gonzalez in the fourth round Saturday with a devastating right hook to retain his WBC super flyweight world title in his second straight win over the former champ.

Thailand's Srisaket knocked Gonzalez down twice in the final round, finishing the challenger off with a right hook with 1:45 to go in the fourth.

Gonzalez, already stunned from the first knockdown, stayed on the canvas for a couple of minutes before rising slowly and going to his corner.

The first knockdown came 42 seconds earlier when southpaw Srisaket landed a similar short right hook to the side of the head. Gonzalez was able to get up at the count of seven and continue.

The 30-year-old Srisaket went to work quickly in the first round easily landing combinations and body shots -- what he called the fruits of four months of training in the gym for the most important fight of his career.

Srisaket silenced his critics who said his win in the first fight in March was a fluke -- the result of accidental head butts rather than his punching skills.

Both fighters came out swinging from the opening bell in Saturday's 115-pound rematch at the outdoor StubHub Center stadium, as it became apparent in the early rounds that the scheduled 12-round showdown wasn't going to go the distance.

Gonzalez, 30, was taken to the hospital immediately after the fight for medical treatment.

He was trying to avenge the only loss of his career against Srisaket but he failed to put up any defense against the onslaught of the Thai's superior punches.