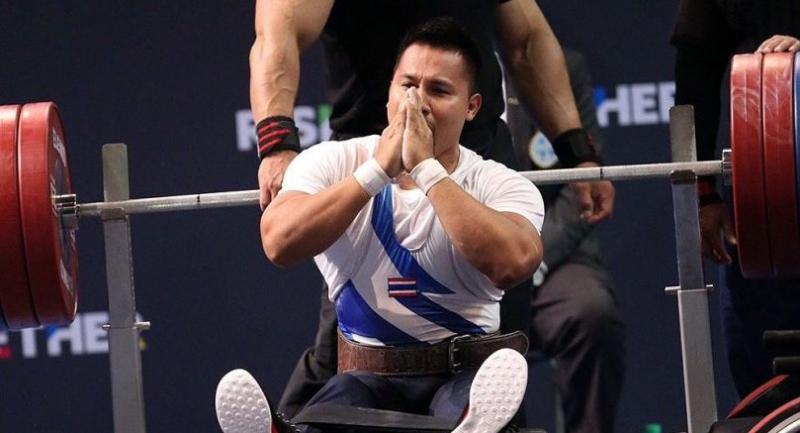 Heavy-favourite Narong Kasanun won his seventh successive Asean Para Games gold medal after he snatched 171kg in the men’s powerlifting 65kg and under division at the MITEC Hall 3 in Kuala Lumpur.

The 30-year-old Narong is in his eight Games appearance – it did not start auspiciously for him as he narrowly missed gold on his debut in 2003 in Hanoi, 2003 where he settled for the silver. But his confidence has grown in tandem with his burgeoning medal haul.

“I really tried hard to win this as the guy from Vietnam (Nguyen Van Phuc) was a tough opponent,” said Narong, who moved up in weight from the 59kg category he competed in two years ago in Singapore.

“But deep inside I knew I had a chance at winning as I have been well prepared. I felt quite relieved now.” There was also gold for another Thai powerlifter yesterday, Choochat Sukjarern winning the men’s snatch up to 59kg after a lift of 162kg.

“I’m so overwhelmed as I had just hoped to finish in the top three,” he said. “Winning is incredible. I’m so glad to have won this gold medal for my country.”