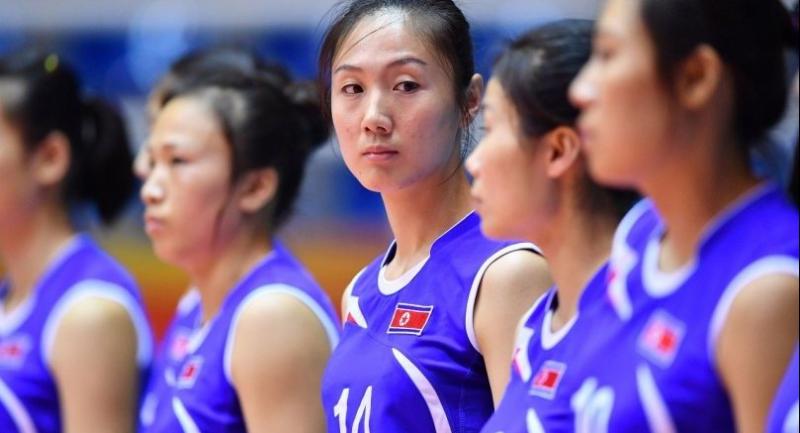 Jong Jin Sim, who scored a match-high 32 points in the previous encounter against Iran on Thursday, remained the vital weapon of DPR Korea to be reckoned with as she scored 22 points from her deadly attacks on Friday. Ju Un Hyang and Son Hyang Mi contributed 10 and 12 points to the winning side, with the former leading with 4 blocks and the latter 3 aces. Tran Thi Thanh Thuy topscored 16 points for Vietnam including 15 kills from 46 attempts. Ha Ngoc Diem added 10 points including 9 attacks.

DPR Korea got off to a brilliant start to jump to a 5-1 lead in the first set. The powerful 190cm Tran Thi Thanh Thuy was the Vietnam’s comeback as she and Ha Ngoc Diem scored crucial points to help the team close the margin at 19-all. However, Vietnam became prone with unforced mistakes after that, while the Koreans went on onslaughts to win the thrilling set 25-21.

Conceding one set, Vietnam started to produce the good in the second set. With Ha Ngoc Diem and Tran Thi Thanh Thuy attacking powerfully at both wings, the Vietnamese led narrowly 7-5 before DPR Korea bounced back for the come-from-behind set win 25-22.

The third set was thrilling from the very beginning which saw both teams come all-out to win the set. As the Koreans stretched the lead to 21-16, Vietnam came up with combination plays which put the formidable rivals in trouble. However, As the Vietnam narrowed the margin 20-22, Jong Jin Sim proved her talent to help the Koreans pull away and complete the 25-20 victory in the set. Despite two wins in a row, DPR Korea still did not offer any cooperation to the organisers, refusing to give any comment requested by journalists. They just had their mouths shut and left the court immediately.

Vietnam head coach Japanese Irisawa Hidehiro said, “After the Asian Senior Women’s Championship in the Philippines last month, we then participated in the South East Asian Games in Malaysia and therefore, had a little time to train in preparation for this tournament. The players’ condition is also not that good, with some of them sustaining injuries. We still have a little possibility of qualifying, but don’t forget that there are Thailand and Korea, two of them are very strong teams. I think it’s very difficult for my team to advance. It now depends on situations between Thailand and DPR Korea.”

Vietnam next go up against Korea on Saturday, while DPR Korea are due to take on hosts Thailand in their final match at this tournament. However, as they have already won straight two matches, DPR Korea need a must-win match against hosts Thailand on Saturday, their last encounter in this single round-robin competition, to keep their hopes of clinching a World Championship slot alive.

Vietnam succumbed to two defeats in this tournament and have a dim chance of qualifying to the next year’s World Championship Finals in Japan.