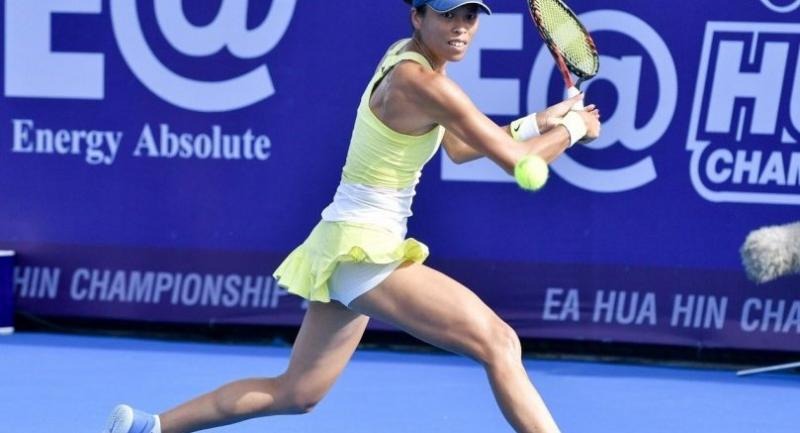 The fourth seed, who became the first Taiwanese to win a Major after she triumphed in the 2013 Wimbledon and 2014 Roland Garros doubles with Peng Shuai of China, won the battle between the double-handed hitting from both sides and a single hand at the True Arena Hua Hin.

“When you are the seeded, all the girls will try to beat you. They try really hard to hit the ball hard back to you. Each point is tough. I forced myself to concentrate and never give up,” said the 31-year-old, who is seeking her first  WTA  crown since winning in Guangzhou in 2012.

Hsieh relied on her doubles expertise by moving Golubic from side to side to exert pressure at the net to set up a break point at 5-3 30-40 on the Swiss serve. She broke the ice to go up 5-3 after Golubic netted a backhand slice.

The Taiwanese arrived at set point at 40-15 when her forehand tapped the net and fell on the other court. After exchanging some nerve-wrecking rallies, Hsieh moved to the net again and the Swiss fell the trap by dumping a forehand passing to the net.

After several exchanges of serves , the two players finally held serves from the eight game onwards and went on to require a tie-break where Hsieh was the more consistent contestant.

Hsieh, currently No 95 in the world, is a frequent visitor to Thailand. She won her first ITF Women’s Circuit in Nonthaburi in her first at 14. Seventeen years later, the Taiwanese is back to Thailand again to for her third WTA trophy.

“When I won my first junior event in Thailand, my little brother (Andy Hsieh) was with me then. He was just one and a half and fell from the umpire chair. Then I came back and won a US$10,000 event. So we had good memory here,” said Hsieh whose is coached by her brother Andy this week.

Hsieh will play either Belinda Bencic of Switzerlan, the former world No 7  or sixth seed Ana Bogdan of Romania in today’s final, which can be seen live on Truevision 685 at 5pm.

“It’s been a long for me even to be in a WTA singles semi-final. I will try to play good game and hope people will enjoy my tennis,” she added.