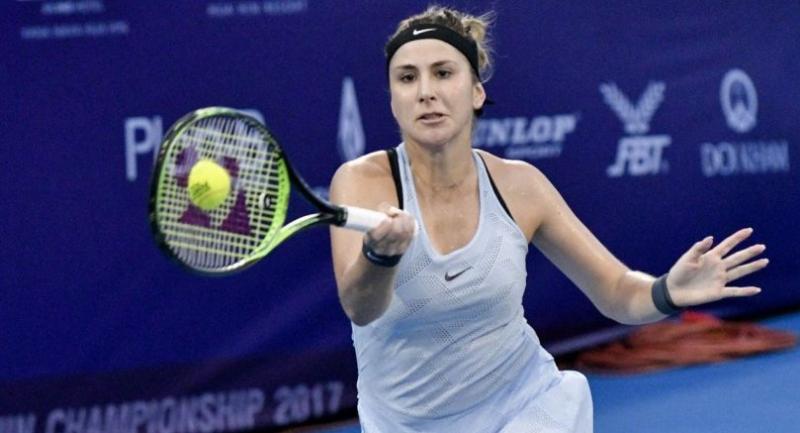 Former world No 7 Belinda Bencic of Switzerland eyes on winning her first WTA title since an injury break as she ousted sixth seed Ana Bogdan of Romania 7-6 (7-3) 6-4 to reach the final of the  US$125,000 EA Hua Hin Championship on Saturday.

Hua Hin - The 20-year-old Swiss who dropped to No 165 this week after being sidelined with injuries for several months this year proved more impressive in her baseline game to win the match in one hour and 45 minutes to reach her first WTA final since St. Petersburg last year.

“Bogdan did not give me many free points. There were long rallies all the time. I’m happy that I was fighting through it,” said the two-time WTA winner. The big-hitting Bencic took four months break between May and early September and won a US$100,000 ITF title in St Petersburg in late September in her comeback tournament.

“At the start (of the injury break), I was super frustrated. I was doubting if I’d ever play good again. But once I went back to the court I felt like myself again. I was so happy to be back on court in my first (comeback ) tournament. Then I relaxed and started playing really well again,” added Bencic who was supported by many Swiss fans in Hua Hin.

“First I was surprised to see so many of them. But they said a lot of them live here. I feel so grateful for their support. It feels like home.”

Waiting her in the Sunday’s final is former Grand Slam doubles champion Hsieh Su-wei of Taiwan who beat Swiss  Viktorija Golubic 6-3 7-6 (7-4) in the other semi-finals.

“She is a very tricky player. She plays quite different from most of us. I analyze  it good and I willl find a tactic with my coach,” the Swiss said.

Tags:
Former world No 7 Belinda Bencic of Switzerland eyes on winning her first WTA title since an injury break as she ousted sixth seed Ana Bogdan of Roman