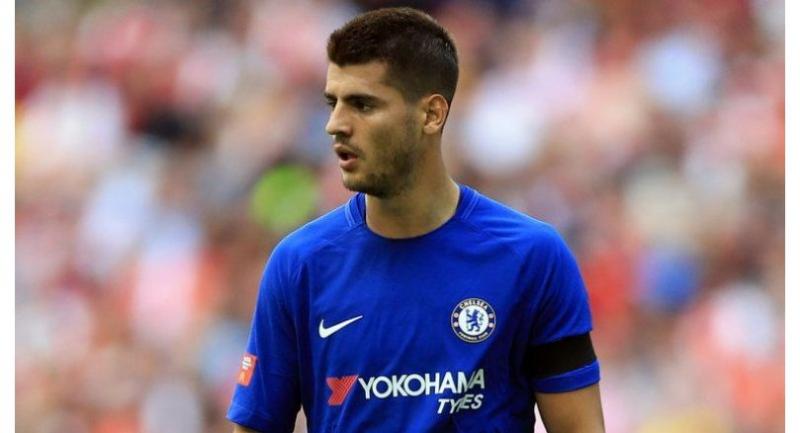 London - Alvaro Morata's return will be welcomed by Antonio Conte but the Chelsea manager knows his side face Brighton at Stamford Bridge with their Premier League title defence all but over.

Morata was forced to sit out the visit to Everton on Saturday while he served a one-match suspension and in his absence, the Blues lacked the firepower to break down Sam Allardyce's side in a goalless draw.

That led to Conte being forced to defend his decision not to replace the Spaniard with a conventional target man.

Chelsea goalkeeper Thibaut Courtois was among those who appeared to question Conte's approach after a result that, combined with Manchester City's defeat of Bournemouth, left them 16 points behind the leaders at the halfway stage of the season.

"I think we could have had more shots on target but we didn't have a big guy up front despite lots of crosses into the box," said Courtois, after a game in which Chelsea failed to turn their territorial dominance into goals.

The onus will again be on third placed Chelsea to take the initiative against a Brighton side who ended a run of seven games without a win with a timely victory over Watford.

Morata's return will undoubtedly help, but Conte's decision to overlook Michy Batshuayi until late in the game at Everton will be taken as another indicator of the coach's lack of trust in the Belgium international.

Forward reinforcements will clearly be at the top of Conte's wish-list for the January transfer window, with Chelsea still involved in three over competitions, even if their Premier League challenge has been reduced to ensuring a top four finish.

Conte had predicted this would be a testing campaign even before the start of the season because of the club's return to European football.

And the evidence of the opening half of the campaign has justified Conte's standpoint, even if his side have shown flashes of the outstanding form that took them to the title last year.

Brighton will travel to London with renewed belief after moving towards mid-table following the win against Watford.

Pascal Gross's second half goal - Brighton's first from open play in over 10 and a half hours - secured the points at a time when it looked as though the newly promoted side were set for another afternoon of frustration.

Seagulls manager Chris Hughton admitted the result was exactly what his side needed before facing the champions.

"It's one that we needed," he said. "We've got Chelsea on Boxing Day and there won't be too many that fancy us or expect us to get anything there.

"With that being the case in particular, it was important that we picked up something and that allows us to go into that Chelsea game with a little bit more confidence.

"We need to make sure that in the games where we know we have a better chance of getting something, that we put in performances like we did today.

"It was a good all-round performance and we certainly need to take that on."

Shane Duffy sat out the Watford game while serving a one-match suspension but is expected to return to the starting line-up in place of Connor Goldson.

Tags:
Alvaro Morata return will be welcomed by Antonio Conte but the Chelsea manager knows his side face Brighton at Stamford Bridge with their Premier Leag