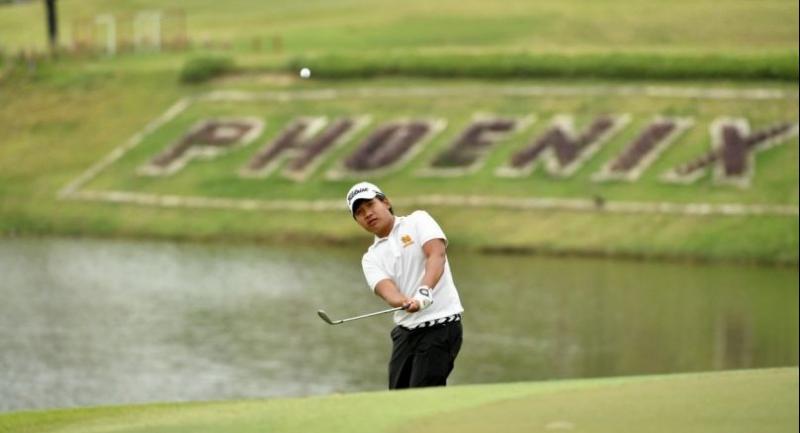 Pattaya, Thailand, 26 December: Poom Saksansin of Thailand will be looking to utilise his improved mental game at the Royal Cup, which starts on Thursday at the Phoenix Gold Golf and Country Club in Pattaya, Thailand.

“I told myself not to feel too bad whenever I have a bad hole. I just carry on and focus on hitting my next shot,” said Poom.

He will be adopting this strategy at the US$500,000 event, which features no cut. The Royal Cup has a 78-man field that consists of leading players from the final standings on the Asian Tour and Thailand Order of Merits. The winner will earn exemption status on the Asian Tour in 2018.

“It is always good to play in a tournament that has no cut line. It takes the pressure off slightly and with that, I can focus on other aspects of my golf game better,” he added.

The 24-year-old hotshot’s steady approach on the golf course this year produced a wire-to-wire victory at the TAKE Solution Masters in India. Other highlights this year included a tied-second finish at the Asia-Pacific Open Diamond Cup in Japan and a tied-fifth finish at the Yeangder Heritage in Chinese Taipei.

For his good work in 2017, Poom earned the opportunity to represent Team Asia at the EurAsia Cup next month as one of the four leading players on the Asian Tour Order of Merit, where he finished in eighth place.

Other headliners at the Royal Cup include Phachara Khongwatmai, who carded a sensational 21-under-par 267 total at the recently-concluded Indonesian Masters, Scott Hend, the 2016 Asian Tour Order of Merit Champion and Shiv Kapur, the only golfer who has won twice on the Asian Tour this year.

Tags:
Pattaya Thailand 26 December: Poom Saksansin of Thailand will be looking to utilise his improved mental game at the Royal Cup which starts on Thursday