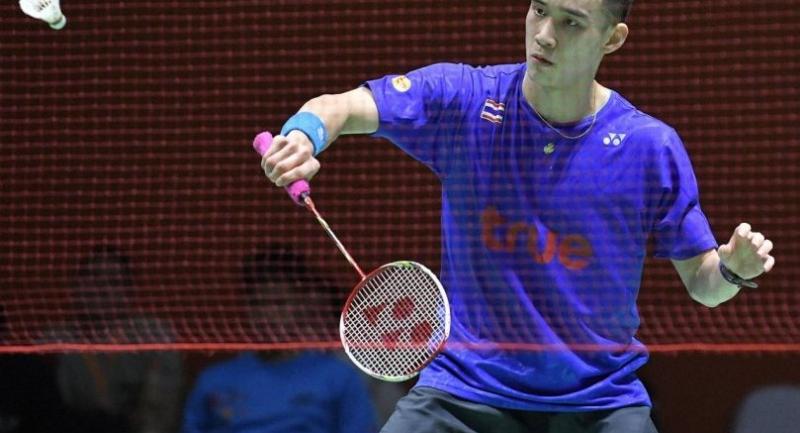 Thailand’s hopes including last year’s finalist Kantaphon Wangcharoen paraded into the second round of the Princess Sirivannavari Thailand Masters at the Nimibutr National Stadium on Wednesday.

Top seed and world No 17 Tanongsak Saensomboonsuk toppled Fikri Ihsandi Hadmadi of Indonesia 21-14 21-12 in the men’s singles opening round actions to set up an all Thai showdown with former world junior No 1 Kantaphon who came back from the first set deficit to beat Frenchman Thomas Rouxel 20-22 21-10 21-4.

Kantaphon, 19, caused a big stir in the event 12 months ago to reach his first World Grand Prix Gold final here before losing to Tommy Sugiarto of Indonesia.

“I didn’t get used to European style of play so I was struggling a bit in the first set. But then I slowed things down and tried not to play his game,” said the 19-year-old who upset Tanongsak in the National Championships final last year.

“I will have to focus on my game plan rather than thinking about what happened in the past. I don’t want to get under pressure. But I’m confident that I’m stronger physically this year and have more experience,” he said. On the women’s side, top seed Nitchaon Jindapol, the 2017 semi-finalist, dismissed countrywoman Nuntakarn Aimsaard 21-13 21-12 in just 26 minutes to set up a second round clash with Indian’s Mugdha Agrey.

Tags:
Thailand’s hopes including last year’s finalist Kantaphon Wangcharoen paraded into the second round of the Princess Sirivannavari Thailand Masters at