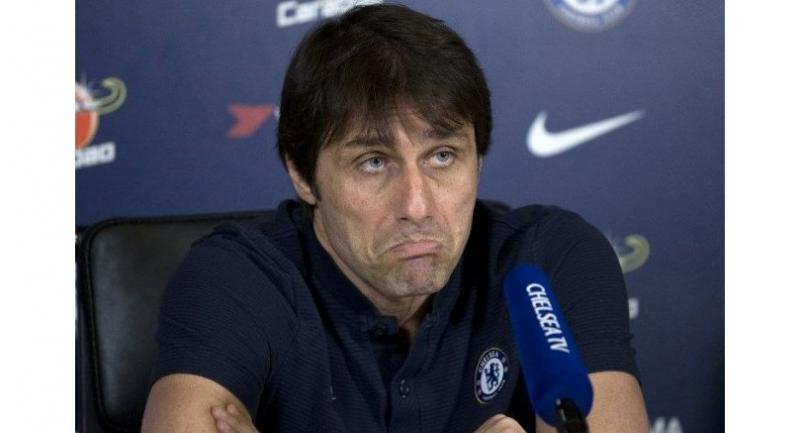 Chelsea manager Antonio Conte believes blame should be shared for the  dramatic slump that has the Italian fighting for his job as West Brom visit the English champions on Monday.

A 4-1 thrashing at Watford on Monday followed an embarrassing 3-0 loss to Bournemouth in Chelsea's last home game to leave the blues in serious risk of failing to qualify for next season's Champions League.

Conte has repeatedly complained this season about his lack of input into the club's recruitment policy as tensions have risen with the Chelsea hierarchy.

But the former Juventus coach accused his players of performing "with fear" and lacking "personality" as they surrendered meekly by conceding three times in the final 10 minutes at Vicarage Road.

"When you have this period with such poor results, you have to divide the responsibility between me, the players and the club," said Conte.

"As you know very well, because we are talking about football, a lot of times - I don't agree with this - the coach depends on the results.

"For this reason, we have to pay great attention."

The next few weeks will be decisive in Chelsea's season.

West Brom's visit is followed by an FA Cup 5th round tie against Hull City before a trio of hugely demanding fixtures as Barcelona travel to Stamford Bridge in the last 16 of the Champions League before Chelsea visit Manchester United and Manchester City in back-to-back Premier League games.

If Conte he fails to secure a response against the Baggies on Monday, he could join the long list of Chelsea managers sacked mid-season under Roman Abramovich,

"We realise it’s a difficult task when you see the fixtures we have coming up, hence why I say it will probably define our season," said Chelsea captain Gary Cahill.

"Coming out of the end of February it’s important that we’re in a good position in these competitions but it’s all still there for us to play for."

In a bid to turn the tide, Conte changed his usual practice and gave his squad three days off this week to recharge their batteries.

"I think it’s an opportunity that the manager probably felt we could switch off from football for a few days and come back re-energised and re-focused for the job in hand, and I think it will be beneficial," added Cahill.

West Brom also have their troubles. They are last in the Premier League and Saturday's result left them five points from safety.

Moreover, forward Jay Rodriguez was charged by the FA on Thursday of using racist language towards Brighton's Gaetan Bong.

Rodriguez vehemently denies the accusation that could see him banned for more than five games and West Brom boss Alan Pardew insisted the striker will still be available for selection until a verdict is reached.

"I've got no problem picking him," said Pardew. "It's a situation which is not ideal for Jay. It's an accusation he denies and as a club we're going to support him.

"Jay is upset about it, he has a good mental capacity to deal with things and hopefully he can concentrate on his football and not worry too much -- although it is a worry."