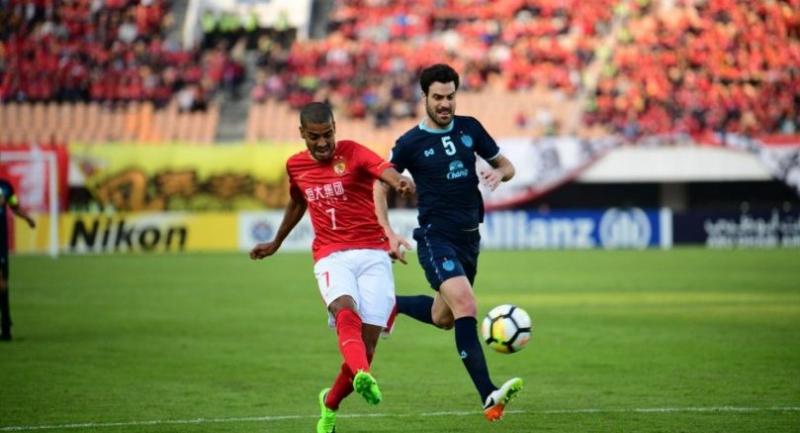 Buriram United drew a 1-1 tie with host Guangzhou Evergrande at the Tianhe Stadium in their opening match in Group G of the 2018 AFC Champions League on Wednesday.

The China Super League’s champions Guangzhou scored the opening goal in the 16th minute  when Ricardo Goulart got on the end of Li Xuepeng’s cross to head home.

Buriram found the equalizer through a kick from Brazilian Edgar Silva in the 57th minute.