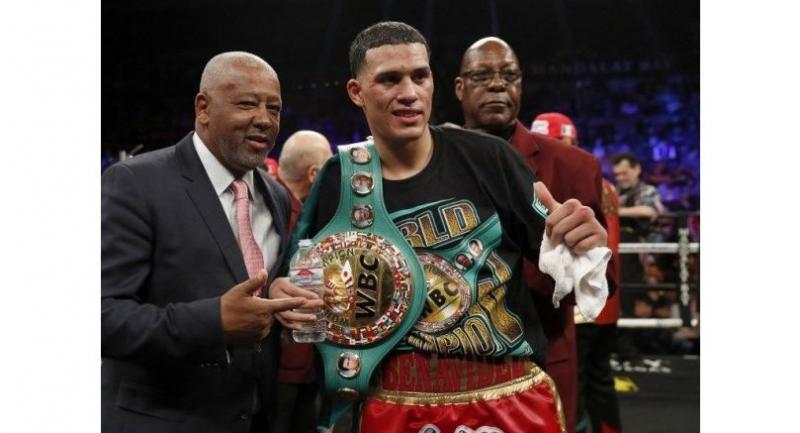 The 21-year-old champion from Phoenix dominated Romania's Gavril to claim a deserved win at the Mandalay Bay Events Center in Las Vegas.

Benavidez had beaten Gavril, 31, last September by a split decision to claim the vacant crown in one of the best fights of 2017.

An ill-tempered build-up to the rematch had seen Gavril vowing to right a wrong, claiming he had robbed of victory in the first fight.

But on Saturday there was only one winner, with Benavidez using his stinging jab and superior movement to toy with Gavril on his way to a resounding victory.

"I knew he was going to come in aggressive -- like I said before he's a one-trick pony, he don't know anything else but pressure," Benavidez said.

"So I used that to my advantage -- jabbed, boxed him all day and when I saw an opening I took it. I didn't knock him out but he's a tough son of a gun."

Benavidez said he was unfazed by the bad blood that had simmered between the two fighters before the bout.

Benavidez's best moment came in the fourth round, when he rocked Gavril with with an uppercut followed by a left hook that sent the Romanian reeling into the ropes.

Gavril managed to dig himself out of that hole however, clinching successfully until the bell to survive.

It was only a fleeting respite though as Benavidez continued to pick him off at will with a superb exhibition of precision punching.

Benavidez would not be drawn on possible future opponents, declining to say whether he fancied a possible bout against Britain's George Groves, who won a bruising fight with Chris Eubank Jr in Manchester earlier Saturday.

"I want to be the best, so whoever they put in front of me, that's what I'm going to do," Benavidez said.