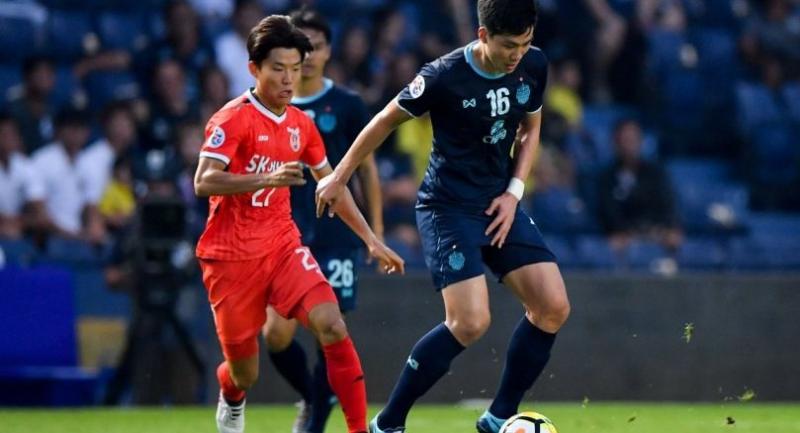 Buriram United were thrashed 0-2 by Jeju United of South Korea in their second game of the AFC Champions League Group G at the Buriram Stadium on Wednesday.

The host team, a week after drawing a 1-1 tie with China’s Guangzhou Evergrande, lost the opening goal when Lee Chang-min’s effort from outside the box slid in past the hand of Sivarak Tedsungnoen in the second minute.

The visitors extended the gap 16 minutes later as they were awarded a penalty kick and it was Magno Cruz who succeeded the mission.

Buriram had several chances to score but they squandered all of them and had to settle with their first loss. Jeju surges to the top of the group while Buriram falls to bottom after the match.