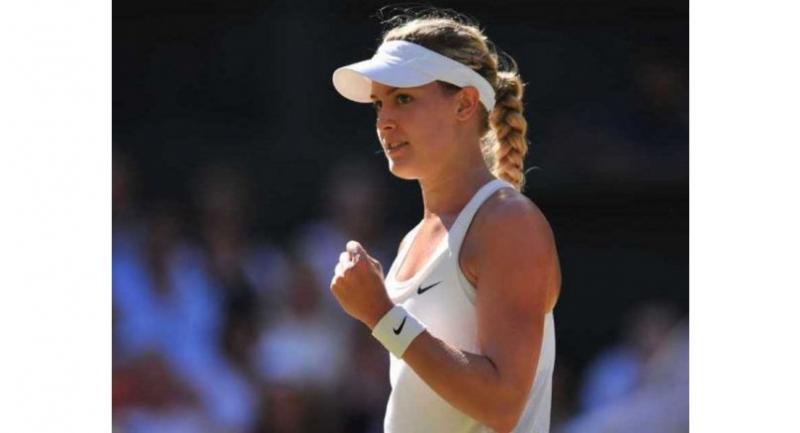 Former world number five Eugenie Bouchard testified Wednesday in US District Court in Brooklyn that she screamed in pain in a locker room fall at the US Open in 2015, US media reported.

"I screamed, 'Oh my God, it burns!" Bouchard told jurors, according to the New York Post.

The 23-year-old Canadian was testifying in her lawsuit against the United States Tennis Association, which operates the Grand Slam tournament at Flushing Meadows in Queens, New York.

Bouchard's suit, which seeks unspecified damages, claims the USTA was at fault for applying a "slippery, foreign and dangerous" cleaning substance.

She hit her head in the fall, suffering a concussion and pulling out of the tournament.

The USTA has argued that Bouchard, who had played a late mixed doubles match, should have known that the room would be being cleaned at 11 pm, when her fall occurred.

A lawyer for the governing body had told jurors on Tuesday that the cleaning spray was only applied after management thought all the players had departed for the day.

Bouchard, questioned by her own lawyer, said there was nothing in the players' handbook in 2015 stating a closing time for the locker room facilities.

"There are no specific hours," she said, the Post reported.

The jury of four women and three men selected on Tuesday has heard testimony from David Brewer, tournament director of the US Open, and from women who worked as locker room staff.

Bouchard's lawyers have claimed that the fall and injury have hindered Bouchard's career. Now ranked 116th in the world, she has not replicated her early success, which included reaching the Wimbledon final in 2014.