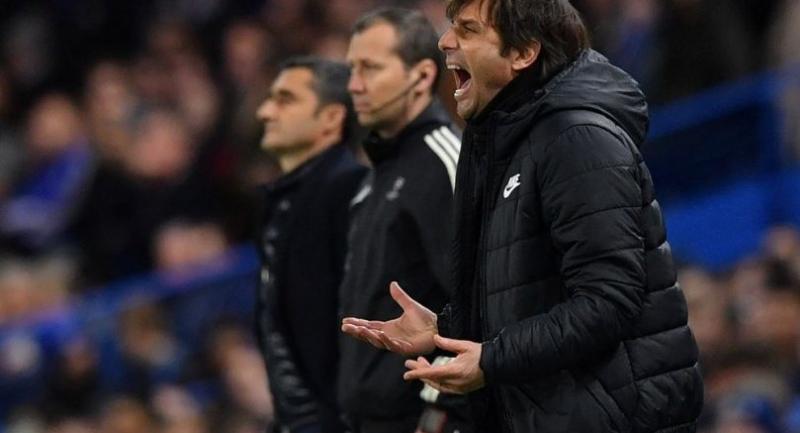 Antonio Conte and Jose Mourinho played down their bitter war of words on Friday ahead of Manchester United's potentially feisty meeting with Chelsea at Old Trafford.

The feud deepened this season when the United boss said he did not need to "act like a clown" on the touchline, a comment perceived to be aimed at the animated Conte, who responded by claiming Mourinho must have "demenza senile" -- senile dementia.

When Mourinho then appeared to allude to a suspension Conte served in relation to match-fixing, the Italian, who was later cleared of any wrongdoing on that issue, responded by accusing his rival of being "fake" and "a little man".

The recent row culminated in the pair saying they felt "contempt" for each other.

But Conte would not be drawn on questions about his relationship with his predecessor as Chelsea boss at his press conference ahead of Sunday's match.

"In the past, both of us said things. For me, it's OK," said Conte. "I'm not interested to speak about this topic."

Mourinho was also anxious to move on from the row.

"I don't want to speak about it," he said. "I told you before I'm not going to speak about it. Not at all. That's not the point. Very good manager, fantastic team and that's what is important for me. Just that."

Sunday's match could have a significant bearing on the race for Champions League football.

Second-placed United are currently three points and two places above the Blues and Conte acknowledges that there is fierce competition to qualify for Europe.

"We have to look at ourselves and understand that, from now until the end, every game is very important," said the Italian.