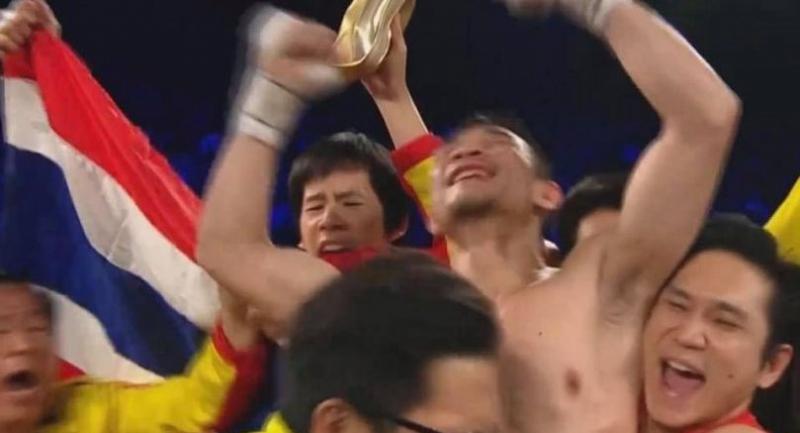 Thai dynamo Srisaket Sor Rungvisai retained his World Boxing Council title by beating challenger Juan Estrada on Saturday, holding on in the later rounds to come out with a close majority decision.

Srisaket compiled a big lead by winning almost all of the first seven rounds in the 12-round super flyweight title fight at the Los Angeles Forum.

But the hard-hitting 31-year-old couldn't get the knockout he was hoping for and even looked the more tired of the two in the final round.

Still, the victory was impressive enough to validate the former garbage collector's status as a bona fide star in the super flyweight division, especially after beating former champ Roman "Chocolatito" Gonzalez twice in 2017.

The pair traded heavy punches in the middle of the ring on Saturday throughout the thrilling fight, especially at the end of the first and fifth rounds. Srisaket threw 879 punches overall while the challenger threw 671.

This was just the third loss of Estrada's career to go with 36 victories.

On the undercard, Donnie Nietes knocked out Juan Carlos Reveco in the seventh round to keep his International Boxing Federation flyweight title.

Nietes floored Reveco just 53 seconds into the round to improve to 41-1-4 with 23 career knockouts.

Nietes, of the Philippines, landed 100 punches in the fight compared to just 40 for the challenger.