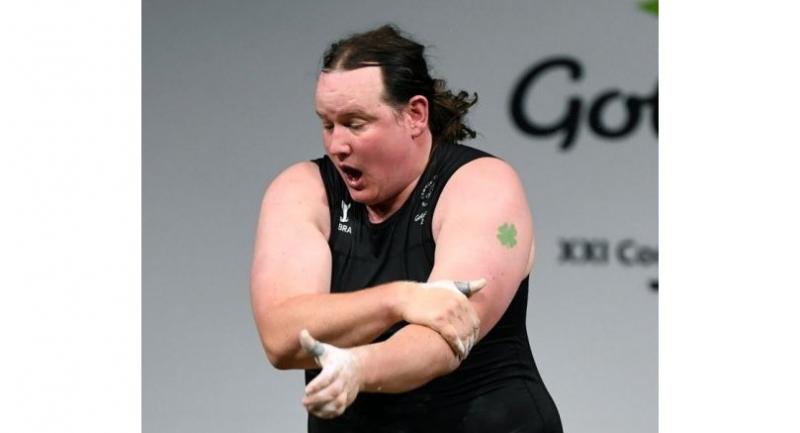 A transgender weightlifter who made waves at the Commonwealth Games said her career may be over after she suffered a dramatic injury mid-competition.

New Zealand's Laurel Hubbard, the Games' first transgender athlete, made a painful exit while leading the women's +90kg competition as she attempted a tournament-record lift on Monday.

Hubbard's left elbow buckled and she grimaced as dropped the 132kg barbell behind her, reportedly rupturing a ligament in an injury that will require surgery.

Hubbard later told a public event: "My arm is busted. It looks like it's probably going to be a career-ending injury, it's being looked at.

"I'm glad that I've gone out trying to achieve my best on the platform because as the (New Zealand team) slogan says you have to 'earn the fern', you can't just phone it in.

"Thank you very much for your support, I'm very grateful."

If confirmed, it has been a short-lived women's career for Hubbard, 40, who was born Gavin Hubbard and competed for New Zealand as a man before transitioning to female in her 30s.

Her presence at Gold Coast caused much debate, with officials from two rival countries insisting she had an unfair advantage.

"It is a complex issue," Kent told AFP.

"I actually tend to think it is a good thing that it is being talked about in the open... because there are no right or wrong answers at the moment."

Hubbard became eligible to compete as a woman after showing testosterone levels below the International Olympic Committee threshold. She received strong backing from the Commonwealth Games Federation.

Despite the controversy over her participation, she was greeted by a huge roar from the Gold Coast crowd when the athletes were introduced.

"People make a lot of guesstimates around physiology, the potential advantages and disadvantages," Kent said.

"I think that the more it is talked about the more we can find solutions that will ultimately appease the majority."

Women's weightlifting only became an Olympic sport in 2000, Kent noted.

"So 18 years and we have come a long way since then," he said. "The more we can look forward the better we are to understand these sorts of things," he said.