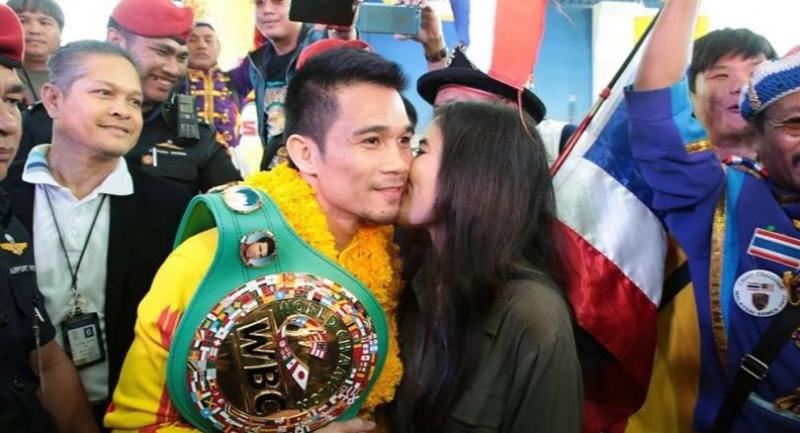 Two-time WBC super-flyweight champion Srisaket Sor Rungvisai will have to delay his next fight in August as he is not in a condition to practise following the breakdown of his 14-year romance, according to his promoter.

The 31-year-old boxer, who gained recognition around the world with a stunning win over Nicaragua’s Roman Gonzalez in New York last year, was described by Surachart Pisitwuttinan as “in mentally bad shape” after his split from girlfriend Patchareewan Kanha.

“He needs time to heal and is not ready for training,” said Surachart. “He will be asking for the next bout which is due in the US in August to be postponed.”

Srisaket, who was due to get married this month, has kept a low profile since Patchareewan posted news of the end of their affair to Facebook on Thursday.

“When he is ready, he will have a press conference and resume his training,” Surachart said.

A third party is believed to be the reason for the break-up after Patchareewan posted a picture of her with a new man on social media, a post she later removed.

She claimed Srisaket also had a new crush but Surachart insisted there had been no “other woman” in Srisaket’s life.

The break-up has caused quite a stir among Srisaket’s fans, who have taken to social media to express their shock as the couple had been through tough times during their early years together. They even used to share packets of instant noodles when Srisaket still worked as a security guard.

Tags:
Two-time WBC super-flyweight champion Srisaket Sor Rungvisai will have to delay his next fight in August he is not in a condition to practise followin