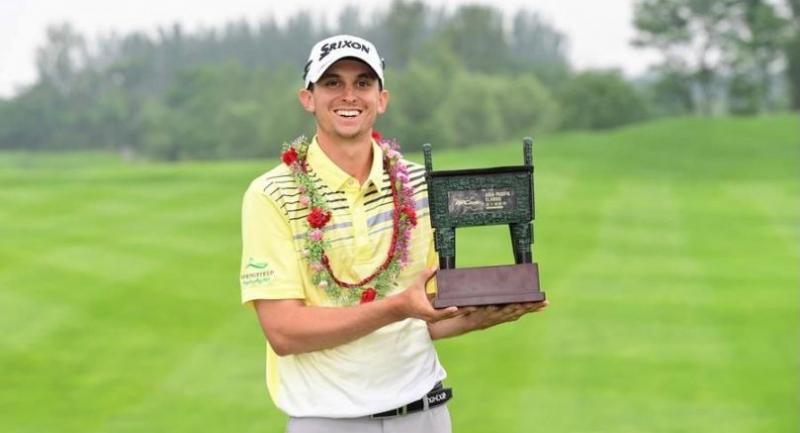 The 27-year-old had a nervy start as he dropped two shots on his opening nine holes. However, he recovered when it mattered most, scoring birdies on holes 11, 13 and 14 before holding on for his maiden Asian Tour victory on a 16-under-par 272 total at the St Andrews Golf Club in Henan, China.

Catlin, a two-time Asian Development Tour (ADT) who has earned his Asian Tour card by finishing third on the ADT merit list, took home a winner's purse of US$54,000. He has risen from 44th to 20th place on the Habitat for Humanity Standings.

Thailand's Natipong (66) and Australia's Adam Blyth (70) share second place, two shots behind Catlin. Natipong shot six birdies during his flawless round, but it was a case of too little, too late. Blyth rued his bogey at the 10th, which took away his momentum in his chase for the title.

Shohei Hasegawa of Japan finished in lone fourth after carding a 69. Andrew Martin of Australia and Miguel Carballo of Argentina share fifth place, while Canada's Justin Shin was a further shot behind in lone seventh place.

Huang Wenyi flew the flag for China, as he ended his tournament with a 71 for a 279 total. He finished in tied-eighth along with Australia's Josh Younger.

The Asia Pacific Classic is the Asian Tour’s second stop in China this season. The tournament is part of the Asian Tour’s strategic partnership with the China Golf Association where the goal is to grow and develop professional golf in the region.