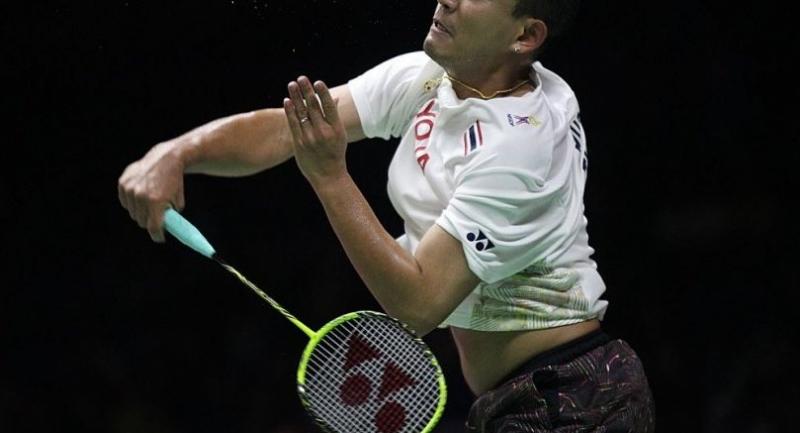 THAILAND’S Thomas Cup team signed off with a 5-0 demolition of Canada in the final tie of Group B at Impact Arena yesterday, as group-topping Indonesia and South Korea advanced to today’s knock-out stage.

The Thai men’s squad salvaged some pride after two straight defeats to South Korea and Indonesia had seen their hopes of a quarter-final berth evaporate on Tuesday night.

Yesterday’s win meant the hosts finished third in the group with one victory against two defeats, while winless Canada sank to the bottom. Last year’s runners-up Indonesia and South Korea were to meet last night but had already qualified.

“At least we didn’t finish bottom,” said Thai No 1 player Khosit Phetpradab. “We would love to stay longer in the tournament but South Korea and Indonesia are world class teams. We gave everything,” added the Thai world No 26 after his 21-15 21-16 win over Jason Anthony Ho-Shue of Canada.

With the exit of the men, Thailand’s hopes rest with the women’s Uber Cup team, which had already secured a quarter-final spot along with Taiwan as the two met head to head in Group B last night.

In Group A, Japan’s women dominated with three wins while Canada were second with two wins as both reserved spots in today’s last eight.

On the men’s side, China and France topped Group A. Japan and Taiwan dominated Group C while defending champions Denmark and Malaysia progressed from Group D.