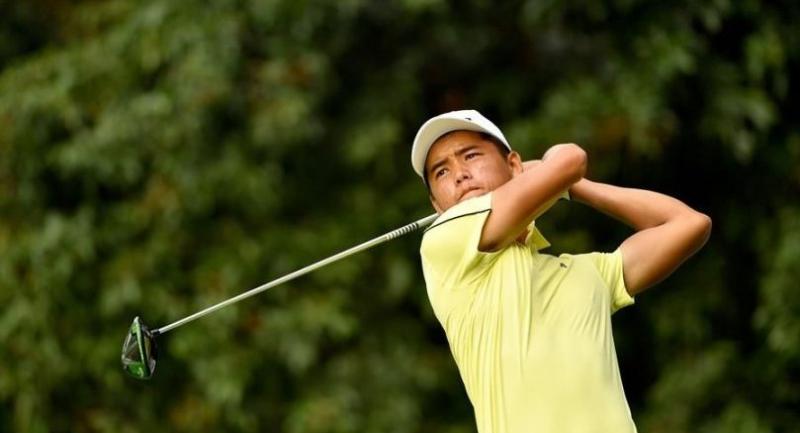 Nakhon Pathom -  Singapore’s Johnson Poh will be looking to rediscover his winning form with a new set of golf clubs at the Betagro Championship, which gets underway on Thursday.

The 26-year-old Singaporean claimed his maiden Asian Development Tour (ADT) title in Malaysia last month and became only the third Singaporean to win on the region’s secondary circuit, which was inaugurated as a gateway to the premier Asian Tour in 2010.

After taking a two-week break for his mandatory military service back home after his breakthrough win, Poh hopes to regain his momentum when he tees off for the ฿3,000,000 (approx. US$96,000) ADT event at the Suwan Golf and Country Club.

Poh, who sits in second place on the ADT Order of Merit, will be part of the elite XX-man field vying for honours at the popular event, which is celebrating its second consecutive edition on the ADT this week.

Defending champion Tirawat Kaewsiribandit will spearhead the local charge alongside reigning Order of Merit winner Pannakorn Uthaipas and current Merit leader Nitithorn Thippong, who has enjoyed one win and four top-10 finishes prior to his campaign this week.

In-form Miguel Carballo of Argentina, Thailand’s Itthipat Buranatanyarat and Oscar Zetterwall of Sweden, placed third, fourth and fifth respectively on the Order of Merit, will also feature in the Betagro Championship, which is the Tour’s second stop in Thailand this season.

Poh, who has been struggling with his driver recently, hopes an equipment change will put his game back on track as he targets a good showing in Thailand.

“I lost my touch a little after that two-week break and it has been a grind to get back on track. I was playing alright in the Asian Tour event in Bangladesh two weeks ago but the long rain delays and strong winds kind of threw me off my game,” said Poh, a double silver-medalist at the Southeast Asian Games in 2009 and 2015.

“I have been working hard on my game last week and I changed a new set of clubs. I have a new driver in the bag now so we will see how it works out. It is my first time playing this course and there are quite a lot of hazards out there. I am driving the ball well now which is the key this week.

“My goal now is to win the ADT Order of Merit and earn my Asian Tour card for next year. I have always loved playing in Thailand. The course is beautiful this week and competition is stiff but I am excited for the challenge,” Poh added.

Other notable names in the field include Thailand’s Danthai Boonma and Natipong Srithong, India’s Himmat Rai and Marcus Both of Australia, all winners on the region’s premier Tour.

The Betagro Championship is the ninth leg on the ADT 2018 schedule and will be jointly sanctioned by the All Thailand Golf Tour and the ADT. Official World Golf Ranking (OWGR) points are offered on all ADT events with the winner earning a total of six OWGR points while the top-six players and ties earn points on a sliding scale.

The leading five players on the ADT Order of Merit at the end of the season will earn playing rights on the Asian Tour for the 2019 season.