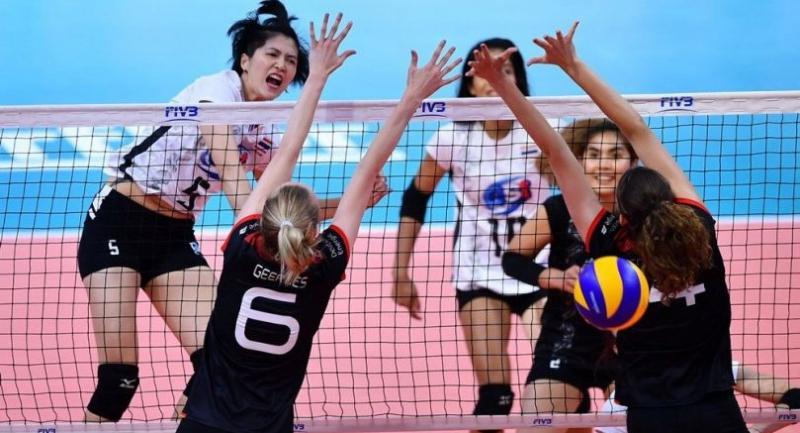 Thai volleyballers' miserable run in the Nations League continued when they lost to Germany 3-2 for back-to-back defeats on home soil last night.

Despite support from 4,000 fans at the Hua Mark Indoor Stadium, Thailand failed to match the form that led them to a fourth place finish in the 2012 World Grand Prix, losing 25-23 28-26 23-25 22-25 15-10. They also lost to Dominican Republic on Tuesday and have lost six out of eight matches in the tournament.

Louisa Lippmann scored 22 points in a brilliant display of power and precision from the European side.

Lippmann's impressive tally included 21 kills as Germany regained their composure just at the right time to snap a six-game losing streak after a two and a half hour thriller of escalating tension. With the win, Germany ended a run of six losses to improve to 6-2 while Pool 11 hosts Thailand dropped to 6-2 after a match that featured not only great shot-making but also desperate defence.