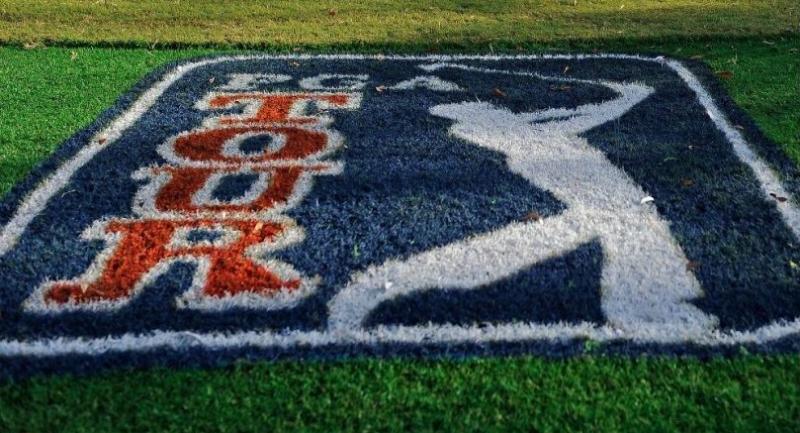 Discovery and the PGA TOUR today announced plans to form a pioneering strategic alliance to create a new international multi-platform home for golf, delivering the sport’s most exciting moments, players and championships to passionate fans around the world on every screen and device.

The alliance will seek to benefit the game worldwide, helping to drive golf’s fan base and grow the sport around the world.

The unprecedented 12-year relationship, to begin in 2019 and carry through 2030, would include global multi-platform live rights, outside the United States, to all PGA TOUR media properties totaling nearly 2000 hours of content per year, including the six Tours operating under the PGA TOUR umbrella and more than 140 tournaments annually, including THE PLAYERS Championship, the FedExCup Playoffs, and the Presidents Cup.

In addition to live linear rights in 220 markets and territories, the alliance will include the creation of a dedicated, PGA TOUR-branded, OTT video streaming service, that will capitalize on Discovery’s direct-to-consumer product and platform expertise experience as home to the Eurosport Player. Discovery expects to invest more than $2 billion over the course of the alliance, including licensing of the PGA TOUR’s international media rights and building a global OTT platform available outside the United States, with a gradual increase of annual investment during the term.

Building on a heritage of world-class coverage and storytelling, Discovery and the PGA TOUR will work with leading broadcasters and distribution platforms to deliver PGA TOUR content to viewers globally outside the United States. Opportunities will also be explored within Discovery’s portfolio of pay-TV and free-to-air channels, and digital and short-form platforms, to best utilize the PGA TOUR’s extensive non-live and library rights for all media platforms.

David Zaslav, President and CEO, Discovery, said: “Today is a fantastic day for golf fans around the world as Discovery proudly partners with the PGA TOUR to create something that has never been done before. The long-term partnership between the PGA TOUR and Discovery will create the new global Home of Golf, including delivering over 2000 hours of live content year-round and this prestigious sport’s greatest moments, stories and players - 50 of the top 100 are international - across all of Discovery and Eurosport’s global distribution channels, including television, mobile and digital platforms.  Following our successful first Olympic Games in PyeongChang, Discovery will contribute its strong global reach, in-market relationships, global sports expertise and strong television and direct-to-consumer platforms and brands to create a valuable new long-term offering in every market outside the US.”

Jay Monahan, Commissioner, PGA TOUR, said: “This is an exciting next step for the PGA TOUR, which presents a tremendous opportunity to accelerate and expand our media business outside the United States, better service our international broadcast partners, and drive fan growth with a deeply experienced strategic global partner.  This partnership aligns very well with the opening of PGA TOUR offices in London, Tokyo and Beijing in recent years and will support our long-term objectives of growing the game of golf. It also will deliver more value to our sponsors as it presents a tremendous opportunity to engage new and diverse audiences around the world.”

Since 2007, the PGA TOUR has negotiated all of its non-U.S. broadcast rights deals on its own. The alliance between Discovery and the PGA TOUR will capitalize on the two organizations’ expertise in managing international multi-platform rights and launching the new digital service.  Working together, the parties expect to execute on a robust international distribution and broadcast partner strategy for the portfolio of some of golf’s most prestigious tournaments featuring the world’s greatest players, optimizing reach across free-to-air, pay-TV and digital.

The collaboration brings together two highly complementary global brands and storytellers with a rich heritage in sports, uniting the TOUR’s rich content, production assets, media rights and worldwide media partner associations with Discovery’s deep expertise and relationships in local media markets worldwide, as well as its proven record in maximizing multi-platform engagement around the biggest and most watched sports events.

The business will be led by Discovery’s Alex Kaplan, President and General Manager of the new Discovery and PGA TOUR venture. Kaplan previously was EVP, Commercial for Eurosport Digital where he helped grow the Eurosport D2C business to over 1 million subscribers.  Prior to joining Discovery, Kaplan was Senior Vice President, Global Media Distribution, for the NBA, responsible for global direct-to-consumer strategy and business operations. Prior to the NBA, Kaplan spent 10 years at DIRECTV/AT&T, where he led the organization responsible for DIRECTV Sports and oversaw Revenue and Entertainment products and services.  The full management team will be announced in due course and include the PGA TOUR’s Thierry Pascal as Senior Vice President and Head of Distribution.

Kaplan said: “I am incredibly excited to work with David Zaslav and JB Perrette to take international coverage of PGA TOUR golf to the next level.  We can’t wait to get started and build a world-class global platform and long-term distribution strategy to turn the vision of this partnership into a reality.  By joining forces with the outstanding PGA TOUR team, led by Jay Monahan and Rick Anderson, we have a unique opportunity to build an amazing product that will serve the fans with the golf content they love on every screen.”

Discovery has demonstrable experience in managing global sports rights, optimizing viewership and engagement on its own and partner platforms. For example, Discovery is the Home of the Olympics in Europe and, through its leading sports brand Eurosport, shows premium and fully localized sports coverage all-year-round on TV and Europe’s number one OTT streaming service, Eurosport Player in 54 markets. Discovery provides world-class expertise in the international sports rights and distribution and is the European gatekeeper for all TV and multimedia rights for four Olympic Games (2018 – 2024).**

For the Olympic Winter Games PyeongChang 2018, Discovery established more than 40 free-to-air broadcast partnerships, delivering every minute of the Olympic Games via OTT for the first time across Europe. It also struck innovative social media partnerships to reach younger audiences, such as establishing Snapchat’s first Olympics collaboration in Europe. Discovery delivered record-breaking TV and digital viewership for the Games, including 63% of the population in Europe interacting on Discovery’s own free-to-air, pay-TV and digital platforms and those of its broadcaster partners.