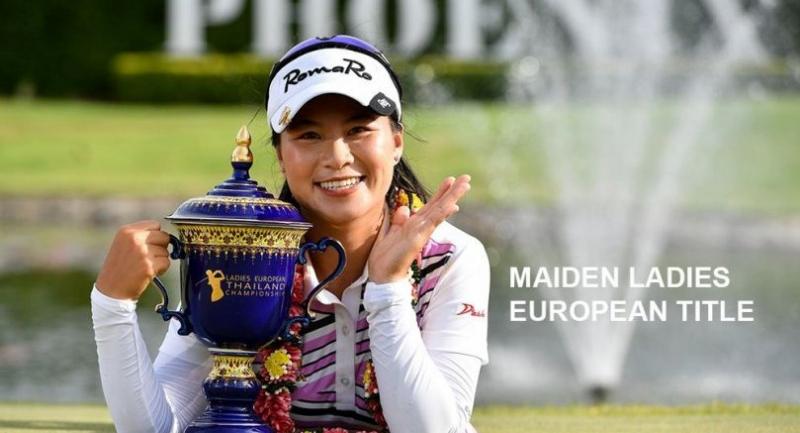 Kanyalak Preedasuttijit somehow managed to stay cool, calm and collected to shoot a closing 69 and beat South Korean amateur Selin Hyun by one stroke to claim her biggest victory yet in the US$300,000 Ladies European Thailand Championship at the Phoenix Golf and Country Club in Chon Buri on Sunday.

Showing no sign of jitters despite holding the lead going into the final round of a Ladies European Tour event for the first time, the 20-year-old had the 17-year-old South Korean breathing down her neck all afternoon.

The Thai however remained solid and her accurate putting lifted her to a 15 under-par-273 finish. “I just tried to keep up my routine by hitting the fairways and the greens and then I made putts,” said Kanyalak, who has long been familiar with this, her home course.

“I’m so happy and feel excited at the same time. I have been taught not to look at the score of others, to keep out the pressure,” added Kanyalak who said her state of mind had been the key.

“I really gave it a hard fight out there as I have either finished second or lower in several tournaments. I really wanted to win not only for myself but for my family,” she said.

“This win really means to me in terms of my confidence. I will enter my next tournaments believing in myself more,” said Kanyalak, who won Bt1,727,225 prize-money.  This is by far her biggest title after previous successes in a small local tour event and in China last year. Hyun, who entered the event through a sponsor’s invitation, shot her second straight course record 65.

As Hyun’s amateur status made her ineligible for prize-money, the Bt1,036,335 for runner-up went to Chonlada Chayanun, who carded a 68 for a total of 10 under-par-278.