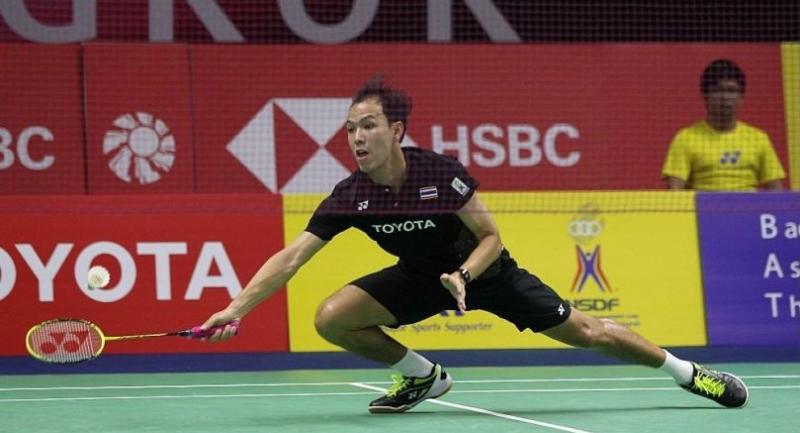 Eighth seeded Sitthikom Thammasin advanced to his first BWF World Tour final for the first time following a 23-21 21-16 win over 2014 European champion Jan O Jorgensen of Denmark in the semi-finals of the Akita Masters in Japan on Saturday.

The 23-year-old former rising star who is coming back from a two-year-injury break is the only Thai hope remains in the tournament. Porntip Buranaprasertsuk lost to Mako Urushizaki of Japan 21-5 17-21 21-11 in the women’s singles semi-finals while Inkarat Apisuk and Tanupat Viriyangkura went down to Hirokatsu Hashimoto and Hiroyuki Saeki of Japan 21-18 21-19 in men's doubles.

“I was always looking forward to playing him  (Jorgensen) as he’s been my idol for a long time. I was playing really well and I’m so glad to be in the final for the first time in Super 100 event,” said Sitthikom who is looking for the biggest win in his career when he takes on Indonesian second seeded Ihsan Maulana Mustofa on Sunday. The Thai leads his opponent 2-1 in their head-to-head series.

“I don’t want to expect anything in the final as that always took a toll on me in the past. I just have to be ready for a tough opponent who has various styles of play,” he said.