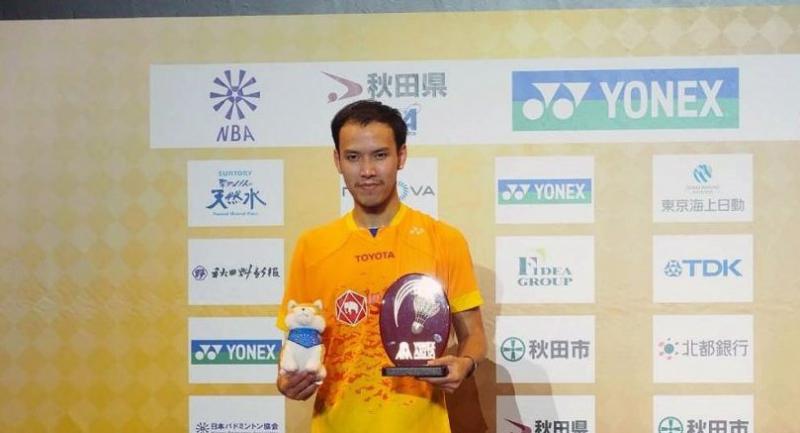 It was the biggest triumph for the 23-year-old to date, a step up from his wins in the International and Challenger series. He also settled a score with the Indonesian world No 40, who beat him in the Malaysia Masters three years ago.

“I’m overwhelmed to win the biggest title [Super 100] in my life. But my next goal is to win a Super 300 event,” said Sitthikom who suffered a knee injury at the age of 19 which kept him off the circuit for almost two years.

“I was disheartened and even doubted my badminton future during the break. I decided to have surgery as my doctor confirmed it would mean I was able to compete at the same level again,” added the 2014 Asian Games national player, No 56 in the world this week. After surgery in 2016, intensive training brought a recurrence of the injury and another six months on the sidelines. Sitthikom finally returned to competition in mid 2017 and won his comeback event at Challenge level last December in India. Sitthikom is expected to break into the top 50 for the first time when the new rankings are updated on Thursday.

He is currently not in the national team for the upcoming Asian Games but hopes to earn a spot for the 2019 SEA Games and 2020 Olympics.

He is not in the entry list for this week’s World Championships in China but will resume action in another Super 100 event Vietnam next week.