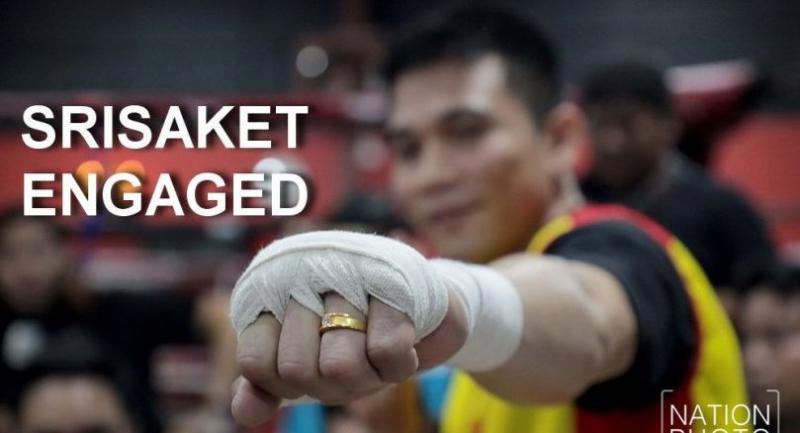 Speaking to the media yesterday and for the first time after pictures of their engagement ceremony spread on social media, the 31-year-old said he would take Pornpimon  or “Jaa” to meet his parents to discuss their wedding after his title defence in Thailand on October 6.

Their engagement came a big surprise to his fans and the boxing scene after he broke up with long time girlfriend Patchareewan Kanha in May.

“The engagement took place fast as I wanted to prove to her that I take this relationship seriously. I didn’t want history to repeat itself,” Srisaket said in reference to the painful break-up of his previous relationship, which he said had already ended when he began his new romance. Pornpimon, who was born in Chumphon province, was not present during the announcement at the Nakhornluang Promotion camp in Bangkok.

“I didn’t announce it [the engagement ceremony] to the public as I preferred to make an official announcement just once, in today’s press conference,” he added.

“I believe she is the one for me. I like her because she is straightforward and always gives me support.”

Srisaket is vowing to defend his crown against a still-to-be-named at Impact Muang Thong Thani.