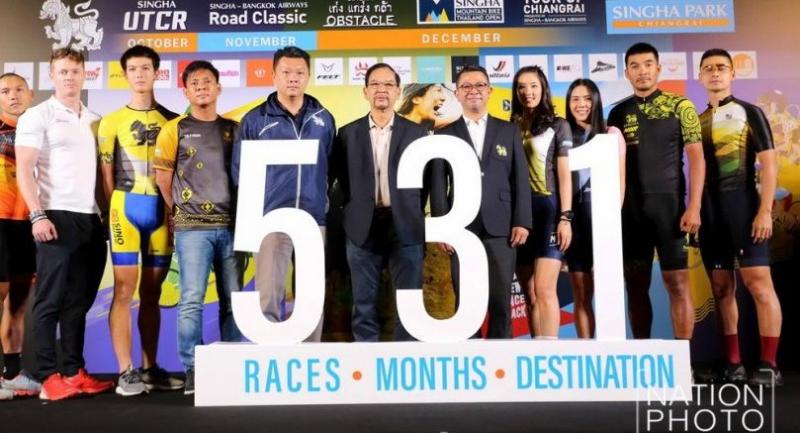 The series will start with the Singha Ultra Trail run from October 19 to 21, the Singha-Bangkok Airways Road Classic (cycling) on November 11, the Singha Obstacle Run on December 8, the Singha Mountain Bike Thailand Open on December 9 and the cycling Tour of Chiang Rai from December 13to 16.

Boon Rawd Senior Vice President Rungsrid Luxitanond said his company had underlined its policy to promote tourism in Chiang Rai through sport as far back as 2011.

Indeed, the park has been used as the venue for several major activities, including the Farm Festival on the Hill and International Balloon Fiesta competitions, which have become highlights of the calendar in the northern town. All five events will take place in the park. Defending champion Chantharaboon Angkard has confirmed he will compete in the Singha Ultra Trail ,which features four categories: 122km (cut-off time at 60 hours), 66km (36 hours), 38km (10 hours) and 20 km (6 hours).

For further details on the Ultra Trail race, visit http://singhapark.com/index.php/event-calendar/singha-ultra-trail-chiang-rai-2018.html