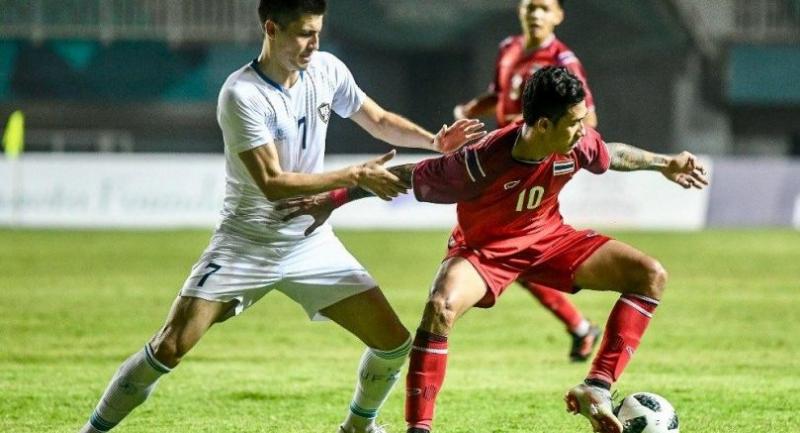 Thailand’s chance to reach the knockout stage of the Asian Games football competition appears slim as they lost to Uzbekistan 0-1 in the last preliminary round of Group B on Sunday.

The Kingdom lost the only goal in the match produced by Uzbek captain Zabikhillo Urinboev in the 17th minute while unfancied Bangladesh beat Qatar 1-0 during the injury time to join Group leader Uzbekistan, with three wins, into the last 16 as second placed finisher.

Thailand, however, still hope to remain in the tournament as there are four more places for best third placed teams from six groups when all preliminary rounds are over on Tuesday.

"We played well for three games but we just couldn't  get the ball into the goal. We hope that miracle will happen and get us a chance to still remain in the Games," said national coach Worrawoot Srimaka.