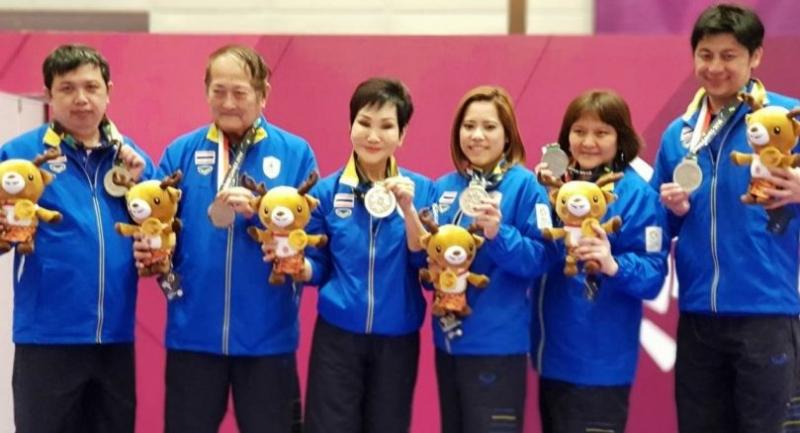 At 74 years, one month and 26 days, Chodchoy is now the oldest Thai to win an Asiad medal, breaking the previous record of Praprut Chaithanasakun, who won a gold in English billiards in the 2002 Busn Games when he was 72.

“I never think I’m old,” Chodchoy, President of the Asia Pacific Bridge Federation, said. “I have been with the younger teammates since they were in the juniors. We didn’t expect to come this far but after peparing for a long time, we understand each other better and have better teamwork.” She also said that bridge should be promoted more among senior citizens in order to help them sharpen their brains.