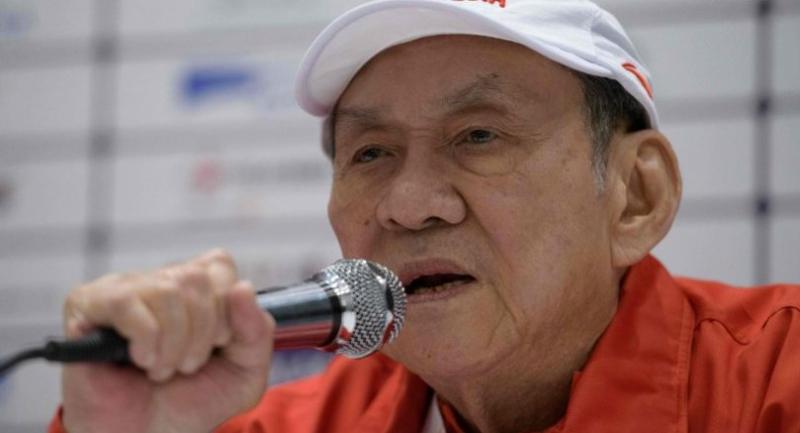 Indonesia’s richest man Michael Bambang Hartono has clinched bronze in the super mixed category along with five other Indonesian players in bridge at the 2018 Asian Games.

The presence of Bambang in the Games was all over the internet as soon as it was revealed some days ago that he would be competing. Bambang, the owner of multinational tobacco company Djarum, is the oldest member of Team Indonesia. Bambang also owns more than 25 percent of publicly traded Bank Central Asia (BCA), according to Forbes.

“If you want to be a good businessman or a good leader, then play bridge,” Bambang, 78, shared his wisdom with the press on the sidelines of a preliminary round game in the super mixed category.

Bambang, who tops the Forbes’ Indonesia rich list with a net worth of around US$11.2 billion, revealed that he started to play bridge when he was 6 years old after seeing his uncle playing the card game.

Years later, Bambang decided to take the sport seriously. He believes the sport has no age barrier and it also helps him in running his businesses.

“Bridge is a game of decision-making, just like business,” said Bambang. “You gather information, analyze it and make a decision.”

Besides playing the game himself, Bambang said he had also opened a special school for bridge players. The school is similar to his Djarum badminton club.

Bambang claimed the two schools had greatly supported Team Indonesia at the Games.

“[I’m] not stopping right there [in bridge] as I am also trying to include the sport in the school extracurricular program, starting from elementary level,” he added.

Bambang believes the sport is not only for old people. He takes China as a perfect example as it has a successful junior team with members aged 13.5 years old on average. China is the strongest competitor for Indonesia in the Games in Jakarta.

At the Games, Bambang is paired with Bert Toar Polii in the super mixed category.

Along with 24 other bridge players in the Indonesian squad, the pair has its sights on two gold medals out of a total of six up for grabs in the men’s team, mixed team, super mixed team, men’s pairs, women’s pairs and mixed pairs.

Bert, who is 14 years younger than Bambang, said that he became Bambang’s partner three years ago after the latter’s initial partner was unavailable because of sickness. At first, Bert was set to be Bambang’s coach.

“It is harder to find a bridge partner than it is to find a life partner. [In bridge] we have to think and feel in common,” said Bert. “We’re an aggressive pair.”

When asked about Bambang’s special characteristics in bridge, the civil engineer said his partner was truly a thinker, which he believes could be a double-edged-sword.

“In some cases we were penalized as he was thinking for too long,” Bert said with a laugh.

As a pair, Bambang and Bert’s best achievement is a fifth-place finish in the senior open team category at the World Bridge Series Championships in China in 2014.

Indonesia’s highest achievement in the sport is winning four gold medals in the 2011 Southeast Asian Games in Jakarta and Palembang.

Bridge is a new sport in the Games. It is expected to be played at the 2020 Olympic Games in Tokyo.