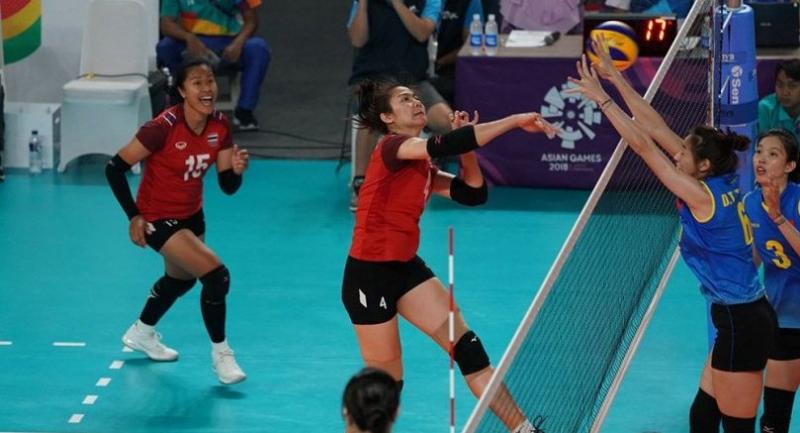 The national women’s volleyball team made their back-to-back Asian Games semi-final appearances after they beat Vietnam 3-0 sets (25-23 25-16 25-20) quarter-finals on Wednesday.

However, during the second set outside spiker Chatchu On Moksri was carried out of the court afer she stepped on a feet of teammate Thatdao Kokram and collapsed. She was reported to twist her ankle and was later sent to hospital.

“ Now we have reached the target. Anything from here is a bonus. Some players hope for more as this will be their last Asian Games,” said national coach Danai Sriwatcharamethakul.

“Losing Chatchu On will definitely affect the team but we will still have some replacements. What we need to be careful is to prevent players from having injuries. We hope she can recover to help the team,” he added.

Thailand will play the winning team between South Korea or Indonesia at 5pm on Friday.

“Against South Korea, we have to use good serves like we did against Japan. I believe we stand a chance,” the coach said.