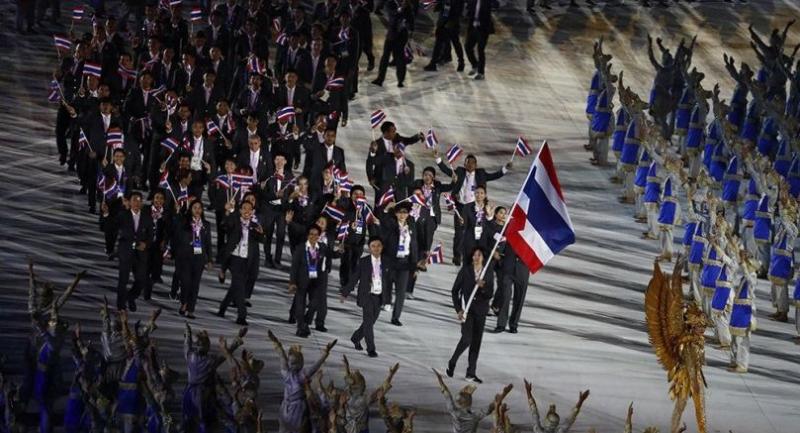 Two weeks ago the Thai delegation carried the nation’s flag – and hopes – into the Gelora Bung Karno main stadium in Jakarta. Sadly, things went rapidly downhill from there. Now for the post-mortems.

Thailand’s pursuit for gold medal in the 18th Asian Games ended in disappointment with just 11 as the curtain came down on the sports extravaganza on Sunday.

The final tally was nowhere near the target of 17 gold medals set by the Sports Authority of Thailand and the Olympic Committee of Thailand, not to mention the wishful thinking target of 20 predicted by the Sports Writers and Photographers Association of Thailand.

It was another failure for the Kingdom after they finished with just 72 golds at last year’s SEA Games, way down on the SAT’s target of 125. Each of the sports is now expected to hold post-mortems into why such high hopes ended in bitter disappointment.

As usual, the sepak takraw team accounted for the highest number of golds with four, followed by two from taekwondo (the women’s poomsae team and Panipak Wongpattanakit in the women’s 49kg) and paragliding (women’s team accuracy and Nunnapat Phuchong in women’s individual accuracy). Sepak takraw didn’t just yield Thailand’s best return of any sport – it also gave Thailand gold medals in all four sports entered: (the men’s and women’s regu teams, the men’s team doubles and women’s quadrant team, which has maintained its status as No 1 in the world.

Credit is also due to the Taekwondo Association of Thailand for winning two golds instead of the projected one, especially the women’s poomsae team following its stunning victory over South Korea, the original country of this martial arts.

The Royal Aeronautic Sports Association of Thailand did an excellent job to produce two stunning victories from paragliding, which was having its Asiad debut. The Thai Cycling Association emerged as one of the most outstanding bodies in Asiad with one gold, two silvers and three bronzes, while the women’s volleyball team vindicated the fans’ faith by reaching the final for the first time in 56 years.

However, several associations were, frankly, a major letdown. Despite being an Asian powerhouse in golf and the Thailand Golf Association confidently predicting two holds beforehand, the team came home empty-handed.

The weightlifters, after doing the country proud by winning two golds at the 2016 Olympics, failed to win even one in Indonesia. They did, however, come home with seven medals from nine events – one silver and six bronzes – so the trip was not a complete embarrassment.

The men’s boxing team had five semi-finalists but none reached the final, the first that has happened in 44 years. One female boxer, lightweight Sudaporn Seesondee, did reach the gold-medal bout, only to lose to South Korean Oh Yeonji.

Sailing, which yielded gold medals over the past three Games, also missed its target by winning only bronze medals, while tennis won just a silver after giving Thailand a gold, silver and bronze in 2014. Last and also the least, the highly anticipated football team was dumped out in the group stage with no wins in three games, a depressing outcome which ahs already cost coach Worrawoot Srimaka his job.

What is of most concern is out of Thailand’s 11 gold medals, only three – taekwondo (not poomsae), cycling and skeet – are internationally recognised sports, down from seven, in 2014.

The warning could not be clearer: the Thai sports authorities must stop the rot or the Kingdom risks becoming a second-rate Asian sports nation.

Tags:
Thailand’s pursuit for gold medal in the 18th Asian Games ended in disappointment with just 11 as the curtain came down on the sports extravaganza on