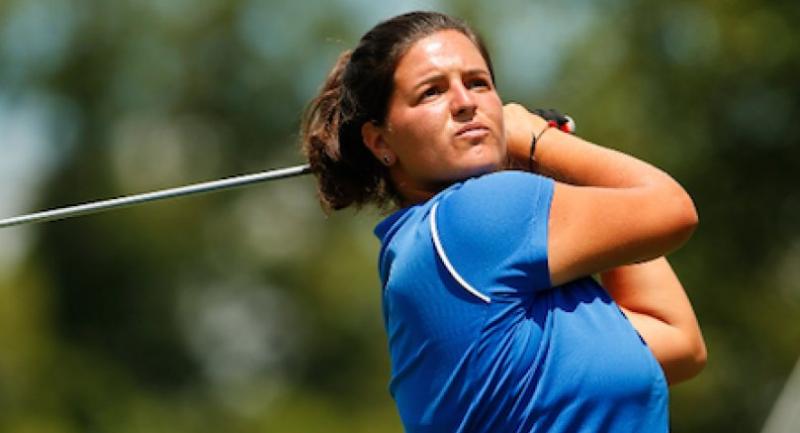 Maria Torres, the first Puerto Rican to play in a women's major, and Spain's Carlota Ciganda both fired six-under par opening rounds of 65 to share the early lead at the Evian Championship on Thursday.

World number 184 Torres missed the cut on her major debut at the LPGA Championship earlier this year, but a round featuring six birdies and an eagle at the long 15th made for the perfect follow-up.

The pair led by one from American Austin Ernst and by two from a formidable trio of former world number one Ryu So-yeon and two of the world's best youngsters -- Brooke Henderson and Nasa Hataoka.

Two-time major champion Ryu made her intentions clear with a round only marred by a bogey at the 18th.

"I am pleased with six birdies in my 67, but disappointed to drop a shot at the last. One bad tee shot -- hopefully my last," she said.

Torres, who missed the cut in 11 of her first 16 LPGA events this year, couldn't have been happier with her sparkling performance at the final major of the year.

"I love the course and, I don't know, but everything seemed to go in," said the LPGA Tour rookie with a sense of bemusement. "It's such an honour to be here."

Canadian Henderson won her first major aged just 18 at the LPGA Championship two years ago, while Hataoka made history when she won the 2016 Japan Women's Open as a 17-year-old amateur.

Two years on and the Japanese 19-year-old claimed her first USLPGA win this season at the Arkansas Championship. The following week, she lost in a play-off for the LPGA Championship which was won by the current world number one, Park Sung-hyun.

Ciganda has had a number of top-10s this season, but is still awaiting a first victory. She has never finished in the top 10 at Evian.

"It's a tough course but I had a great round today. I hit all the fairways, kept hitting it close and made a lot of putts," said the experienced 28-year-old.

The big-hitting Ciganda was third at the US Women's Open and seventh at the Women's British Open earlier this year.

"I always love coming back to Europe and I like the challenge of hard courses and playing in majors. You have to be tough mentally," she said.

Henderson hit form to win her home Canadian Open at the end of last month -- and she was thrilled with her opening 67.

"Conditions were great and I played really well, which was exciting," said the 20-year-old. "Winning in Canada was a dream come true. It's our national championship and it was truly awesome."

Hataoka had six birdies and two bogeys to launch her bid for a first major, but admitted that there is still a long way to go.

"It is too early to be thinking about winning," she insisted. "But if I keep it in the fairway and making putts, then I could be there."

Sweden's Anna Nordqvist, the defending champion, opened with a 71, but it was a horrible day for Park Sung-hyun. She shot 77 and will struggle to make the cut.