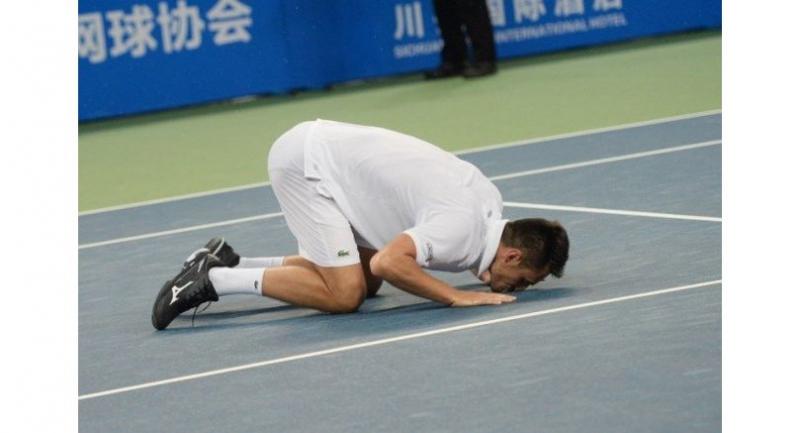 Controversial Australian Bernard Tomic won his first significant tournament in three years on Sunday -- and in the most dramatic of circumstances, saving four match points to triumph at the Chengdu Open. Victory for Tomic -- his first ATP World Tour crown since Bogota in 2015 -- will propel the world-ranked 123 comfortably inside the top 100.

It was double disappointment for Fognini, who had been attempting to become the first Italian man to win four titles in a season.

For Tomic, it was a welcome change to be making headlines for the right reasons.

Once seen as a rising star, he has had a number of run-ins with authorities over the years.

In January he faced a backlash after boasting "I just count my millions" in response to failing to negotiate qualifying for the Australian Open.

In 2017, as his once-promising career nosedived, Tomic admitted he was sometimes "bored" during matches and not always giving 100 percent.