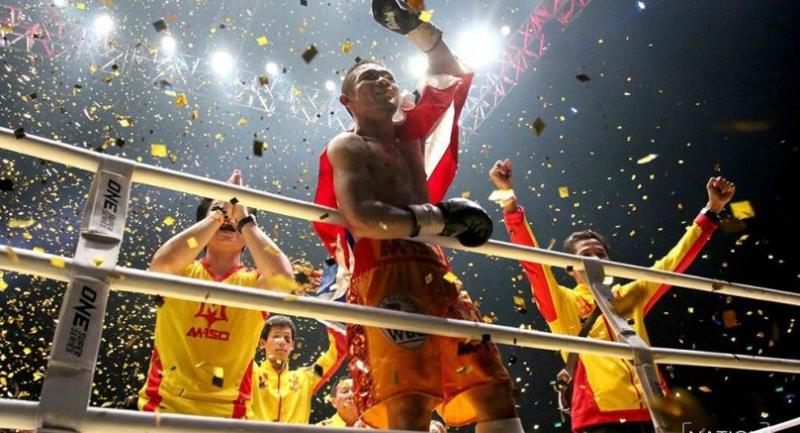 The 31-year-old former rubbish collector from Sisaket province dominated the 12-round bout, the highlight of a spectacular One:Kingdom of Heroes card, made up of MMA (mixed martial arts) and kickboxing bouts.

Srisaket’s title defence was the first boxing match-up ever promoted by the One Championship, the largest global sports media group in Asian history – and it lived up to its billing.

The fight was non-stop action from the start of the first round to the dying seconds of the 12th, when Diaz realised he needed a KO and threw everything he had at Srisaket.

In the end, however, the Thai was such a convincing winner that one of the three judges gave him all 12 rounds, while the other two awarded just one to his opponent.

That was the 8th, when Diaz landed a series of blows that appeared to rock the champion. His hope was short-lived, however, as Srisaket regained his composure and never surrendered it again.

Diaz, a rising star in the division, did himself proud and seemed to thoroughly enjoy his visit, even though he failed to deliver on his promise to take the belt home.

He arrived with a swagger, high-fiving fans on his way to the ring, played his full part in a competitive and entertaining fight and even after the judges’ scorecards had confirmed his defeat, he still climbed the ropes to strike a proud pose, took the applause of the fans and ran around draped in the Mexican flag as surely as if he’d won.

And well might he be proud of his night’s work. Not for nothing does he come from a country famed down the years for the resilience of its fighters.

A lesser man would have hit the canvas long before the end, such was Srisaket’s dominance, but Diaz shrugged off the heavy punishment and there remained the niggling feeling that he was capable of producing a shock at any moment.

So it was in the 8th as he silenced the frenzied crowd by connecting flush with several punches.

Srisaket actually fell to the canvas at one point but the referee quickly indicated to the judges that they should not score it as a knockdown.

Nonetheless Srisaket ended that round raising his arms to the crowd, as if to ask for their support. It seemed, briefly, as if he might be in some trouble.

For all his bravery, however, Diaz could not sustain the momentum and Srisaket ran out a convincing winner.

It was his third successful of the crown he took from Nicaraguan Roman Gonzalez in March 2017 – but his first in Thailand.

It wasn’t quite a perfect night – Srisaket had vowed to give his home fans a KO to celebrate and he acknowledged that it was testament to the quality of his opponent that he failed to deliver that.

“I’m so happy to have won here. I’m sorry not to have given you the knockout,” he said. “But he was a great boxer.”

The fans had another triumph to celebrate -¬ in the main event of the undercard, 20-year-old Muay Thai ace Stamp Fairtex turned in a debut to remember as she dethroned “Killer Bee” Kai Ting Chuang of China, also by a unanimous decision, to become the new ONE Kickboxing Atomweight World Champion.

Beaming with confidence, Stamp used her range and movement to out-strike her counterpart throughout the fast-paced five-round contest.

A flurry of strikes in the fifth round sealed the points victory for Stamp, who takes home the prestigious title belt on her ONE Super Series debut. Official results for ONE: KINGDOM OF HEROES